The Bold and the Beautiful Spoilers: Will Katie Finally Get Eric’s Love After Exposing Quinn and Ridge’s Secret? 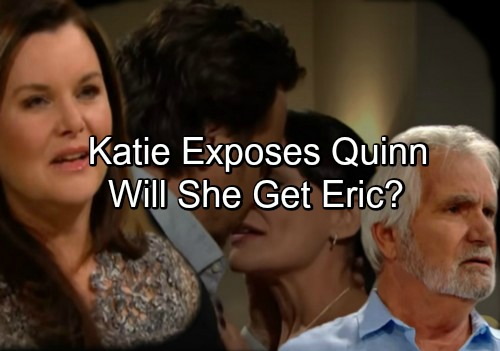 The Bold and the Beautiful (B&B) spoilers consider if Katie and Eric can form a viable couple after Quinn and Ridge’s secret is completely exposed. As Eric Forrester (John McCook) basks in the glory of his marriage to Quinn Fuller Forrester (Rena Sofer), Katie Logan (Heather Tom) lurks in the background, quietly observing their relationship with an extraordinary amount of interest to the two lovebirds.

Katie has worked hard to strengthen her bond to Eric, and always seems to be watching him. Eric has also thought of Katie as someone he can confide in, and she has kept him company while they fondly reflected on their family, relationships, and life. However, Katie is way too interested in his love life- so interested that she has been spying on Quinn like a stalker from the beginning. 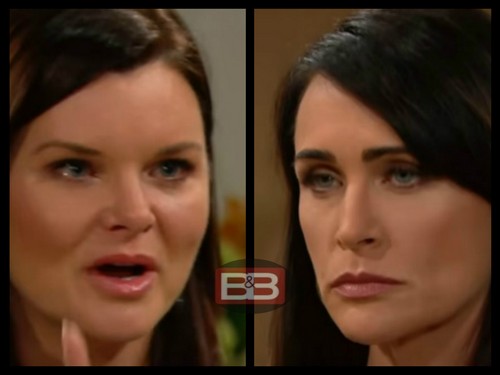 Quinn undoubtedly has a shaky past, and it is only a matter of time before she messes up. Katie has been looking for an opportunity to take Quinn down and have Eric all to herself for quite some time. Katie’s motives to spy on Quinn originally stemmed from her feelings for Eric.

In the process of her snooping, Katie conveniently discovered that Quinn was cheating with Ridge Forrester (Thorsten Kaye), who is about to marry her sister, Brooke Logan (Katherine Kelly Lang). This crucial snippet of information allowed Katie to use her sister’s well being as an excuse for her zealous efforts to spy on Quinn. 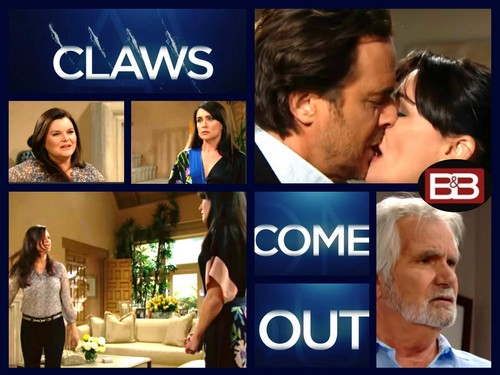 Katie doesn’t want Brooke with Ridge because she knows he has broken her heart many times, and he is not worthy of her trust. Katie’s snooping will serve two purposes – keep Ridge away from Brooke, and break up Eric and Quinn so that she can have Eric all to herself.

In Australia, after Brooke saw Quinn and Ridge together with her own eyes, and Brooke confronted Quinn as soon as Ridge left. Brooke decided she was not going to let Ridge hurt her again, and called off the wedding. Initially, Brooke ran to Eric in an effort to tell him the truth, but Ridge and Quinn stopped her just in time. After much deliberation, Brooke also decided not to reveal the truth to Eric to keep him from getting hurt. 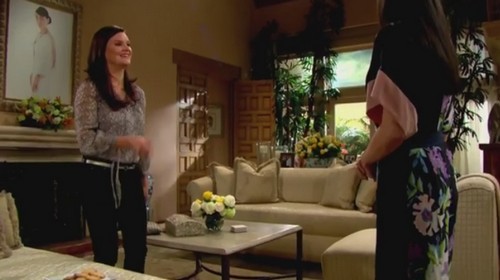 As of right now, Ridge and Brooke are not getting married. Mission accomplished for Katie, right? You would think so, except Katie is still grilling Ridge, and insists that Brooke tell Eric the truth. Brooke is keeping a secret from Eric to protect his happiness, she figures just because she is hurting from Ridge’s attraction to Quinn doesn’t mean that Eric should suffer too. Katie, on the other hand, insists that Brooke tell Eric, and he deserves to know. Is she more concerned that he needs to know, or is her ulterior motive to capture Eric all for herself finally coming to the forefront?

Katie fails to consider the possibility that Eric could forgive Quinn once he learns that she kissed Ridge. After all, Eric is deeply in love and attracted to Quinn. Although Eric and Katie are friends, can Katie sustain that same level of attraction?

Could Katie have an ulterior motive for pressuring Brooke to tell all to Eric? Will Brooke actually tell Eric about Ridge and Quinn? And if Eric finds out, will he forgive Quinn? Tune in to the Bold and the Beautiful on CBS to watch it all go down! For more The Bold and the Beautiful spoilers and updates come back to CDL! Come and join the conversation on our Bold and Beautiful Facebook Group!

Next week on B&B, a dirty little secret is exposed and now the claws will come out. #BoldandBeautiful