The Bold and the Beautiful Spoilers: Katie Out of Control, Tells Eric Everything – Thomas Chooses Love Over Family

BY Heather Hughes on May 29, 2017 | Comments: 10 comments
Related : Soap Opera, Spoiler, Television, The Bold and the Beautiful 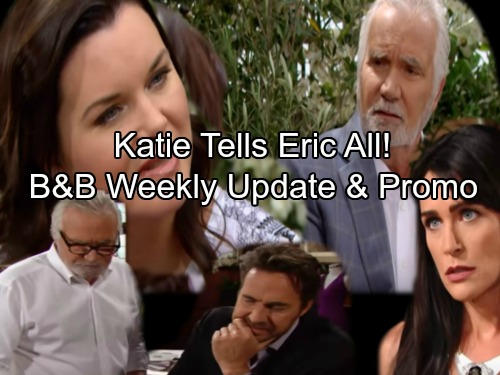 The Bold and the Beautiful (B&B) spoilers and updates for the week of May 29 to June 2 tease that we’ll see some tough situations. For starters, Thomas (Pierson Fode) will be given an unfair ultimatum. Steffy (Jacqueline MacInnes Wood) and Eric (John McCook) believe Ridge (Thorsten Kaye) was a little too hasty about firing Thomas. They want him back, but it appears there’ll be some conditions.

Steffy will argue that Thomas needs to worry about his own family’s company. She’ll think the Spectras can handle their business on their own. Ridge and Eric will agree that it’s best to cut ties with Sally. After all, this is the woman who stole their entire spring collection.

Thomas will suggest that they’ve been through this before. He won’t want to keep going in circles. The Bold and the Beautiful spoilers say Thomas will lash out during this meeting. He’ll feel like they’re asking him to choose between love and family. Thomas will insist that if that’s the case, he’s absolutely choosing love.

Later, Thomas will return to Sally with great news. He’ll scoop her up in his arms and declare that this is their time. Thomas and Sally will prepare to give Forrester a run for their money. They’ll hope they can provide some serious competition, but Steffy won’t think Spectra will ever be a genuine rival.

Meanwhile, Katie (Heather Tom) will continue to make unreasonable demands. B&B spoilers state that Quinn (Rena Sofer) will finally snap. She’ll try to put Katie in her place, but she’ll only anger the beast. Ridge will find out about their conflict and step up to solve it. He’ll realize he needs to get a grip on Katie before she blows everything.

The Bold and the Beautiful spoilers say Quinn will be weary from keeping their secret. She’ll wonder if maybe they should just come clean. Ridge will definitely be against that idea. He’ll maintain that Eric can never know about their make-out sessions. 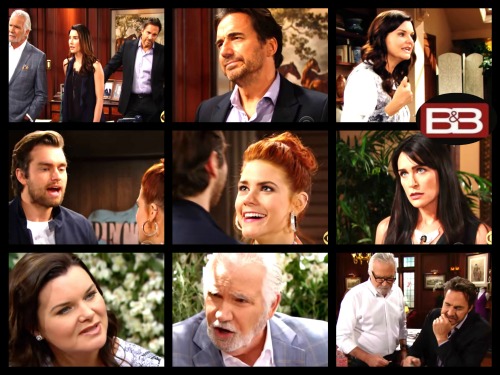 Unfortunately, it looks like Ridge and Quinn will battle their desires once again. Since Ridge is now living on the Forrester property, it should spell big trouble. Eric will also grill Katie about the source of the hostility around the office. Katie will agree to tell Eric everything, but The Bold and the Beautiful buzz is that there’s no way the truth will come out like this.

The CBS soap will undoubtedly deliver a more exciting shocker when the time is right. We’ll give you updates as other details emerge. Stay tuned to B&B and don’t forget to check CDL often for the latest Bold and the Beautiful spoilers, updates and news.

Will their dirty little secret be exposed?! Find out this week on #BoldandBeautiful!