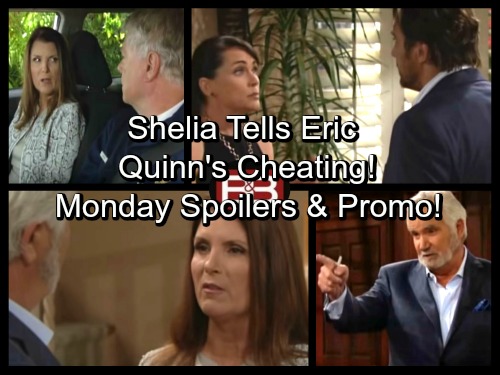 The Bold and the Beautiful (B&B) spoilers for Monday, July 3, tease that Sheila (Kimberlin Brown) will show Charlie (Dick Christie) who’s boss. She won’t back down as she seeks answers about Quinn (Rena Sofer) and Ridge’s (Thorsten Kaye) connection. Charlie will be reluctant to divulge anything else, but Sheila can certainly be intimidating. Perhaps she’ll manage to pry a little more out of him.

Regardless, Sheila is almost ready to seize this opportunity. She feels confident in her hunch, so she may not even need additional info from Charlie. The Bold and the Beautiful spoilers say Sheila will march in on a mission to tell Eric (John McCook) the truth. She’ll refuse to leave until she fills Eric in on the betrayals within his own family. 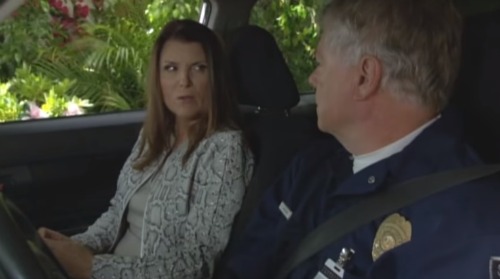 As Sheila prepares for this shocking disclosure, Quinn will worry that everything is about to blow up. She’ll feel like this will be far worse if Eric hears their secret from Sheila or someone else. Quinn will contend that coming clean is their best shot at minimizing the damage.

The Bold and the Beautiful preview video shows Quinn saying, “If we tell him together, maybe he’ll find a way to understand and then he can forgive us.” Ridge will insist that it’s not happening. He’ll believe confessing is the worst thing they could do. 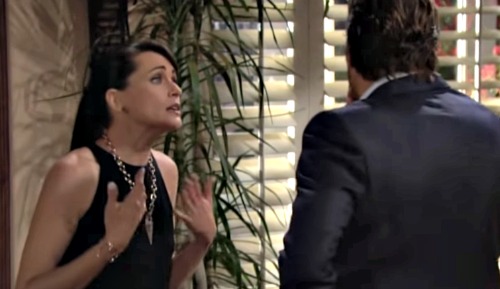 Nevertheless, Quinn will try to help Ridge comprehend how serious this is. It’ll be much harder for Eric to forgive them if they wait and the truth comes out anyway. Ridge will accept that Quinn is right, but this conversation pretty much pointless. Sheila will beat them to the punch in Monday’s B&B episode.

Back at the mansion, Eric will be stunned by Sheila’s latest accusation. She’ll state that she thinks Ridge and Quinn are having an affair. Eric won’t buy it at first, but he’ll change his mind soon enough. It’s clear that some crazy moments are looming for the Forrester clan. 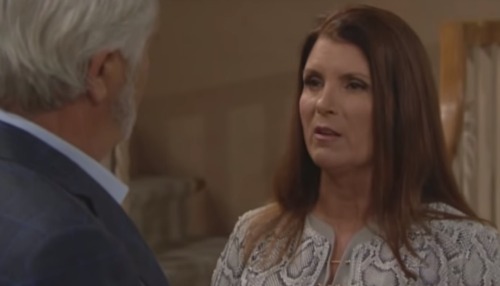 Other B&B spoilers reveal that Thomas (Pierson Fode) will put Steffy (Jacqueline MacInnes Wood) on the spot. As the press covers the photoshoot, Thomas will challenge Steffy to a fashion duel. Naturally, Steffy won’t back down from a fight. She’ll promise that Spectra is going to crash and burn, but Sally (Courtney Hope) and Thomas will refuse to lose this brewing war.

It sounds like some hot drama is coming up. We’ll give you updates as other news comes in. Stay tuned to the CBS soap and don’t forget to check CDL often for the latest Bold and the Beautiful spoilers, updates and news.