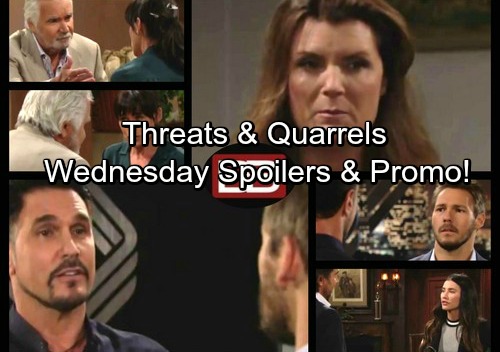 The Bold and the Beautiful (B&B) spoilers for Wednesday, August 30, tease that Ridge (Thorsten Kaye) will weigh in on Sheila (Kimberlin Brown) and Quinn’s (Rena Sofer) feud. He’ll probably insist that Eric (John McCook) needs to listen to Quinn’s intuition. Ridge will worry that Eric trusts Sheila just a little too much. He agreed to send Sheila packing, but leaving the mansion won’t be enough.

As long as Sheila is in Los Angeles, she’s going to pose a serious threat to Quinn, Eric and the whole Forrester family. The Bold and the Beautiful spoilers say Eric will think Sheila is just being overprotective, but Quinn will contend that it’s more than that. Sheila essentially wants to take over Quinn’s life. 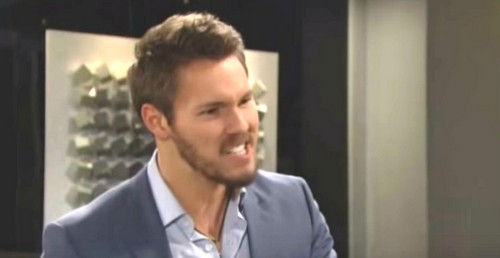 Ridge will try to help Eric and Quinn settle their dispute, but it’s doubtful that his advice will matter. Eric doesn’t need his disowned son to chime in on this or any other topic. B&B fans should see some tension as Ridge works to change Eric’s mind. When Quinn can’t get through to Eric, she may determine that taking down Sheila is her only option. It’s clear that this battle is going to rage on for a while.

Elsewhere, another war will also be in full swing. The Bold and the Beautiful spoilers state that Bill (Don Diamont) will have a big problem with Liam’s (Scott Clifton) lecture. He’ll argue that targeting Spectra Fashions was about business. Bill will suggest that Liam needs to learn how to put his personal feelings aside. 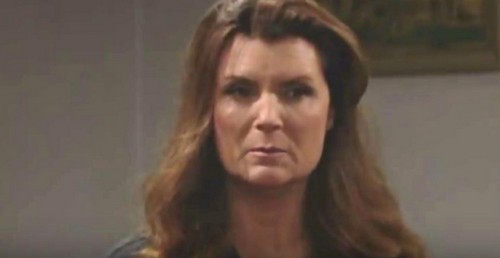 Liam will rant about the pain Sally (Courtney Hope) is in and how her future just burned to the ground. He’ll believe his father should be locked up for this. Bill will warn that Liam had better not say anything to the cops or anyone else. Nevertheless, Liam will feel like it’s his duty to come forward. He just won’t think he can deny Sally true justice.

Liam will mull over this decision with Steffy on Thursday. They’ll have a tough time keeping their friends and family members out of the loop on Bill’s cruelty. It looks like this secret won’t be a secret for very long. We’ll give you updates as other B&B news comes in. Stay tuned to the CBS soap and don’t forget to check CDL often for the latest Bold and the Beautiful spoilers, updates and news.