The Bold and the Beautiful Spoilers: Sally Dumps Thomas, Chooses Business Over Love 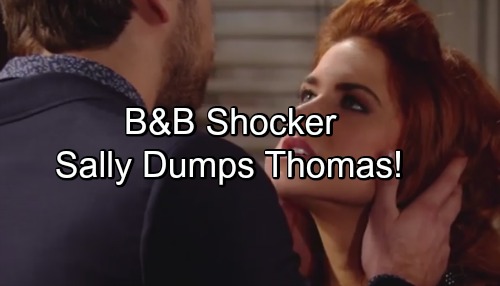 The Bold and the Beautiful (B&B) spoilers tease that Sally (Courtney Hope) will face a difficult decision. Shirley (Patrika Darbo) is putting plenty of pressure on Sally. She feels like stealing from Forrester Creations is their only chance to save Spectra Fashions. The competition is cutthroat and Shirley has no problem with playing dirty.

However, Sally has some major qualms with this plan. She doesn’t approve of using Coco (Courtney Grosbeck) and she certainly doesn’t want to hurt Thomas (Pierson Fode). Of course, Sally doesn’t like the idea of failing either. Spectra will likely go out of business if they don’t move forward with this plot. 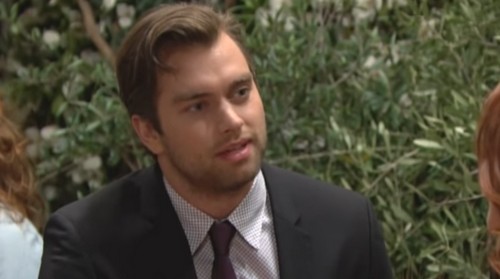 Sally will feel a tremendous amount of guilt either way, so she should just bite the bullet and make her choice. Thanks to Shirley’s passionate speeches, Sally will end up putting her family first. Despite her growing feelings for Thomas, Sally will realize she has to side with the Spectras.

The Bold and the Beautiful spoilers say Coco will unknowingly give Shirley and Sally the goods. They’ll take a look at Forrester’s latest designs and determine that they’ve struck gold. Shirley will think these fashions are sure to make Spectra a hit. She’ll believe this is the road to fame and fortune. 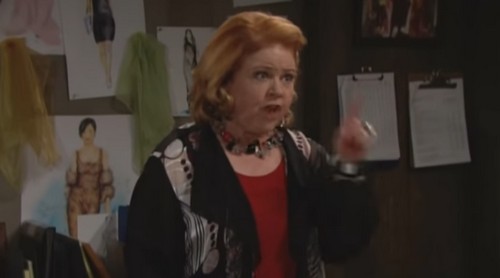 As they prepare to use the designs, The Bold and the Beautiful spoilers warn that Sally will dump Thomas. She’ll want to get it over with before the theft comes to light. Sally will hope that breaking things off early will ease the sting of betrayal. Still, Thomas is going to be hurt. He won’t understand what’s causing Sally to pull away.

Later, Thomas should know exactly why Sally cut ties with him. If the Spectras’ plan works out, they’ll debut their knockoffs at an upcoming event. B&B fans can probably expect a heated confrontation between Thomas and Sally. He may wonder if anything they shared was real. 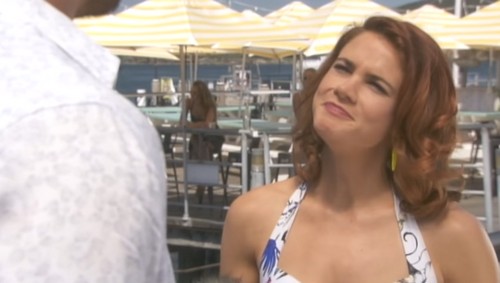 Thomas might ask if Sally was using him from the beginning. He may suspect that Sally was keeping her options open. If Coco didn’t come through for them, Thomas could’ve been another path to inside info. Nevertheless, Sally will undoubtedly assure Thomas that her motives were pure. She truly cares about him and she hates to break his heart.