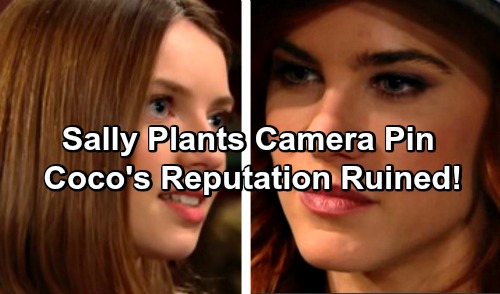 The Bold and the Beautiful (B&B) spoilers tease that Coco (Courtney Grosbeck) will take a stand. Despite pressure from Shirley (Patrika Darbo) and Sally (Courtney Hope), Coco just won’t agree to be a spy. She knows that the Forresters took a leap of faith for her. The Spectras already have a reputation for being shady.

Thomas (Pierson Fode) and RJ (Anthony Turpel) convinced Rick (Jacob Young) that they should give Coco a chance. She doesn’t intend to let them down. The Bold and the Beautiful spoilers say Coco will insist on doing her job and nothing more. She’ll urge her family to find another strategy that can make Spectra Fashions a success. 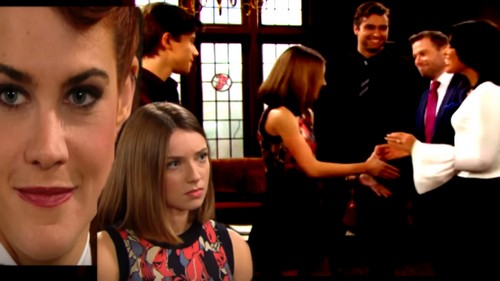 Shirley will undoubtedly be bummed when Coco won’t cave in. She’ll wonder what they’re going to do now. They have to get this comeback in motion or their dreams will be dashed. B&B spoilers state that Sally will work on a solution. If Coco won’t become a spy willingly, they’ll just have to get sneaky about making her one.

Sally will give Coco a pin to wear while she’s working as a Forrester intern. Perhaps she’ll tell her sis that it’s a good luck charm or something along those lines. The pin will actually contain a tiny camera. 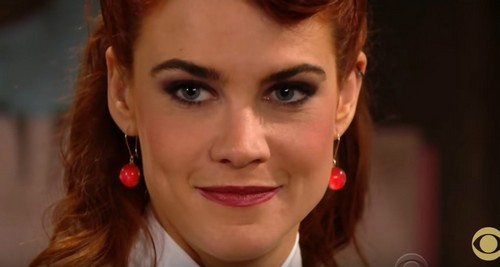 Sally will assure Coco that she’s going to accomplish big things with this internship. Coco has no idea that she’ll be doing Spectra’s dirty work. Will Sally be able to score some solid info thanks to this camera pin? What might she dig up?

The Bold and the Beautiful fans know that Sally is hoping to steal the Forresters’ designs. Maybe Coco’s pin cam will show Sally what FC plans to debut next. Of course, Sally and the gang might uncover some other secrets as well. There are always plenty of them floating around the Forrester office. 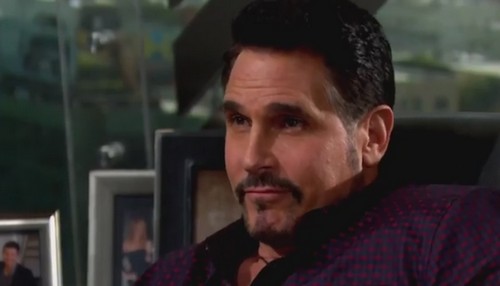 Once all of this inevitably blows up, Coco could get blamed for Sally’s mischief. Thomas and Rick might be appalled that Coco would dare to rob them. RJ (Anthony Turpel) would be hurt, too. It’s clear that he’s interested in Coco as more than a friend and colleague. Coco may struggle to prove her innocence.

What about Sally’s budding relationship with Thomas? There could be major tension if Thomas feels cheated. Then again, he just might move over to the dark side. We’ll give you updates as other news emerges. Stick with B&B and don’t forget to check CDL often for the latest Bold and the Beautiful spoilers, updates and news. Come and join the conversation on our Bold and Beautiful Facebook Group!