BY Sean O'Brien on November 15, 2017 | Comments: one comment
Related : Soap Opera, Spoiler, Television, The Bold and the Beautiful 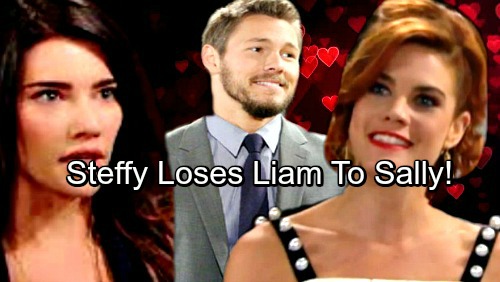 The Bold and the Beautiful spoilers tease that Steffy (Jacqueline MacInnes Wood) and Liam (Scott Clifton) are over, though not officially yet. What transpired underneath the Spectra Fashions’ rubble provided an opportunity for Steffy to kiss Liam goodbye.

Liam is a half a man, and that offers 50 percent generosity. All who counter that claim are welcome to side with Little Lord Spencer and his lip service life.

Dollar Bill’s (Don Diamont) son lives in a castle on the hill that overlooks the ocean, which slightly invokes thoughts of Ed Sheeran’s great vocal. In contrast to publishing magnet’s manliness and the crooner’s stage presence, Liam only has his idealism. 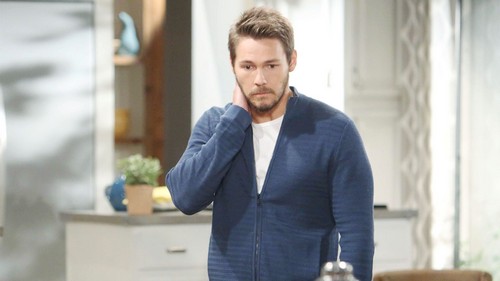 Now, consider Steffy for a moment, or more than that. Smart, rich, gorgeous and she’s someone who gave that fool Liam every last benefit of the doubt where Sally Spectra (Courtney Hope) was concerned.

All who want to spout off about Steffy’s checkered past at this point will be shut down by the truth, as Sally the con is infinitely the lesser. That’s right, Sally is nothing more than a flimflamer who should be sketching customers at a sideshow for no more than a nickle, at best.

Bill would be the third man within his family who Steffy may marry. But this is B&B, so let’s cash and carry the storyline forward. 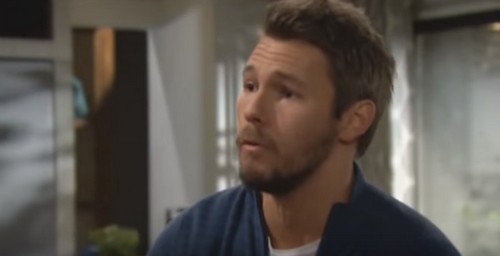 Thanksgiving, Christmas, the ball drops on New Year’s Eve and then Liam is seen buying a Valentine’s Day box of candy for his gal Sally. Of course, the box is environmentally conscious, as it’s made of recycled materials. Possibly, one of Sally’s horrid sketch books was re-purposed?

Steffy has told Liam where to get off and has pitched a divorce fastball at his bearded face. She’s with Bill now, as flighty Brooke (Katherine Kelly Lang), like little Liam before her, took her ball and ran home (to Thorne).

Together, Bill and Steffy make a more passionate couple than Liam and Steffy ever did or could. Basically, this incredible woman took pity on the mutt and married Liam more than once. What a waste of time.

Some guys have a golden, not silver, spoon placed in their mouths. Then their brains become fixed upon righting every part of the world, including the many places where it’s already fine, thank you. Invented guilt that reflects misplaced passion, plain and simple.

But there is one downside to this situation. Sally is seen in the future with a bump, which is a cloaked modern way of dehumanizing a baby. The purpose of that is to make her or him seem unreal until the birth day.

Yes, Sally is set to be the mother of Bill’s grandchild. That’s sure to cause a stir. But maybe Steffy is pregnant as well, or will be? That would also be a blessing for Steffy.