The Bold and the Beautiful Spoilers: Thorne Is a Dangerous Troublemaker – Ridge Must Shut Little Brother Down

BY Sean O'Brien on December 8, 2017 | Comments: one comment
Related : Soap Opera, Spoiler, Television, The Bold and the Beautiful 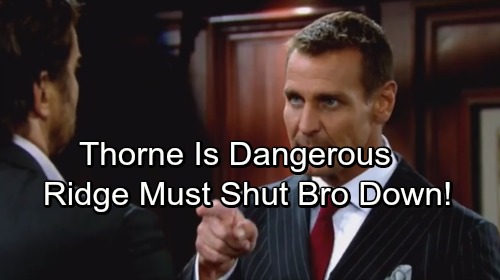 The Bold and the Beautiful spoilers tease that Ridge (Thorsten Kaye) will need to stop Thorne (Ingo Rademacher) before Brooke (Katherine Kelly Lang) chooses his little brother over him. Despite Eric’s (John McCook) plea to both sons, this sibling rivalry won’t end anytime soon. 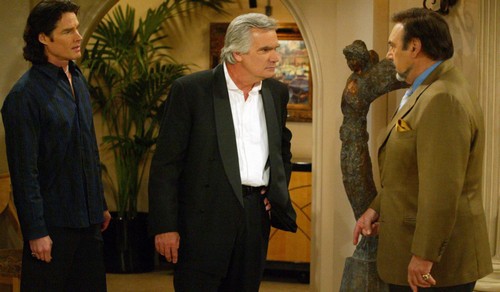 Eric considered and still does consider Ridge to be his son. Yes, there was a time earlier this year when Eric told Ridge that he no longer held that status. But revealed lip-locks with Quinn (Rena Sofer) were resolved and everyone moved on, until Thorne moved back from Paris.

Re-injecting Thorne into the show and having him go directly at Ridge has the potential to become great soap. Also, in this scribe’s opinion, Rademacher has wowed from the jump.

Following Winsor Harmon’s two-decade run surely isn’t easy. The fourth overall version of Thorne appears to be a very confident man, which is a change in character direction. Various Forrester family members have taken note of the change in Thorne’s demeanor, which has been written as his having worked through Ally’s (Ashlyn Pearce) death and now, his desire to become a designer. Eric also said that, while he doesn’t encourage fighting, he likes that Thorne is standing up to Ridge. 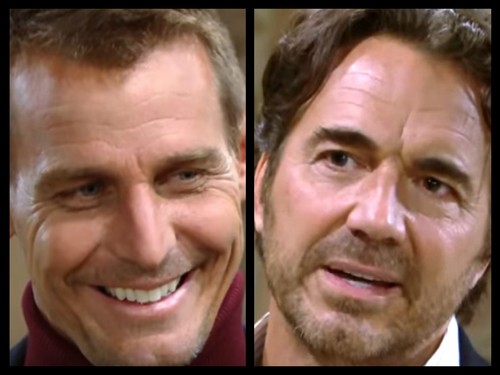 Brooke is naturally affected more by Ridge than by Thorne as of the moment. But that’s based purely on history. While she’s been married to both brothers and others, Brooke has a deep personal resume with Ridge that includes R.J. (Anthony Turpel).

Thorne has a monumental task ahead of him, if, as anticipated, he plans to run the company and marry Brooke. Ridge will soon conclude that his half-brother isn’t just interested in designing, or being friends with Logan. No, Thorne is aiming directly at Ridge’s jugular and intends to take him down twice.

Early indicators look good for Thorne to at least have a puncher’s chance at succeeding. Obviously, Ridge knows how to play the game of life. Thorne will need to consistently outmatch his half-brother in order to achieve full victory. 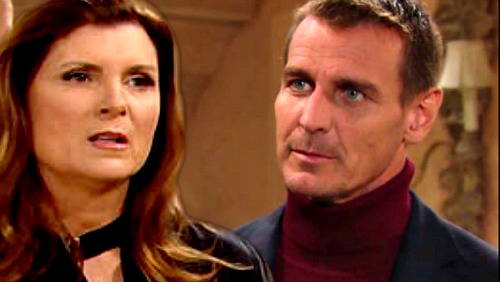 As this is soap, viewers will be expecting extended battles, gains, retreats, recalculations, dirty pool playing and unexpected surprises from this pair moving forward.

B&B has teed up a solid arc that will flow deep into the new year. It appears to be one that will also impact many lives.