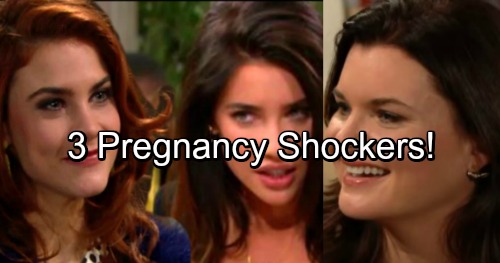 The Bold and the Beautiful spoilers tease that three women in Los Angeles may soon be carrying a child. But who among Sally (Courtney Hope), Steffy (Jacqueline MacInnes Wood) and Katie (Heather Tom) will become pregnant and by whom?

Might Liam (Scott Clifton) be awaiting two babies in 2018? Steffy is power-gorgeous and is also his wife. So she could bear his baby at any time.

Many daytime couples pursue the baby route when they feel their relationship is ready to move to that highest level. Others, react out of desperation in order to keep their marriages intact. Liam and Steffy may come to see themselves as members of both groups. 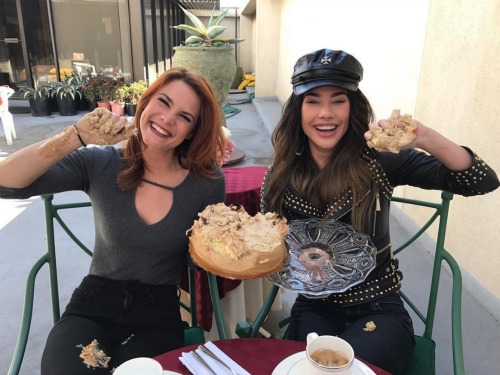 But it’s very reasonable to speculate that Sally could also be carrying the redheaded version of Liam in the near future. Imagine a competing storyline where both Steffy and Sally become pregnant at approximately the same time.

The above scenario would be soapy, yet plausible. It would also give Bill an opening to seize power back while Liam was distracted.

As B&B viewers know, Liam has labeled himself as a champion of the little guy, or in this case, gal. Righting Bill’s (Don Diamont) wrongs means that Sally-girl has become the beneficiary of major rewards.

Shirley’s (Patrika Darbo) nickname for her granddaughter (Sally-girl) is fully apt by the way. It defines her spunky nature very well. 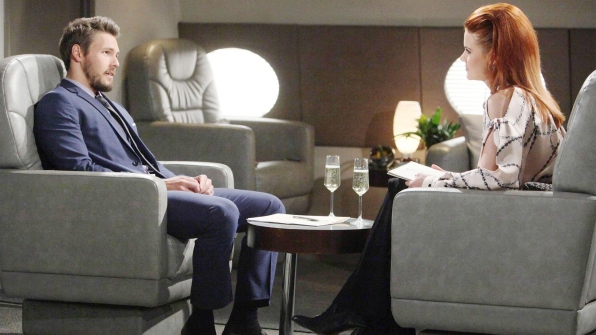 The current trip to San Francisco doesn’t necessarily have to be the location where Liam and Sally connect. The current head of Spencer Publications has positioned Sally as a priority project. So Sally will remain in Liam’s proximity indefinitely.

Now that Sally has been told Bill set the fire, she’s achieved a deeper bond with his son. As that grows so too will the potential for another type of spark. Of course, a future encounter with Thomas (most recently played by Pierson Fode and potentially, a recast role) could allow the father of Sally’s presumed baby to become a question as well.

Clearly, Wyatt (Darin Brooks) is in line to be the father of Katie’s next baby. This pair recently formed their romantic connection and have been going at it quite often.

They surely won’t be able to keep their relationship a secret for much longer. As viewers recall, Sheila (Kimberlin Brown) recently spotted them kissing and informed Eric (John McCook). He purposely happened upon them later. 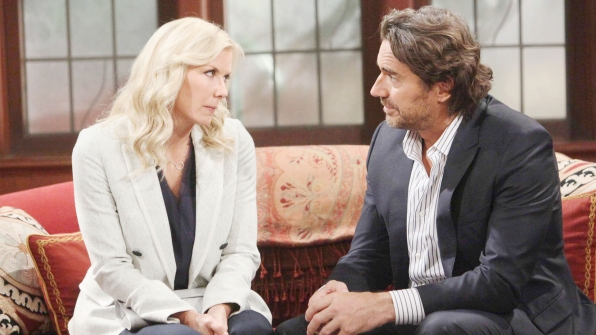 There is the issue of Bill to be considered, as Katie was once married to him and Wyatt is his son. But these issues can be overcome, they’ll hope.

However, Katie is very close with her sister Brooke. She just split from Bill and appears to be heading toward another reconciliation with Ridge (Thorsten Kaye). Might both their minds move toward the future, while also sticking it to Dollar Bill?

The idea of Katie serving as Brooke’s surrogate mother would have to be explained. Easy enough, Brooke had her eggs frozen years ago. Thaw them out and add in Ridge’s genetic material.

An in vitro fertilization would be performed and then take hold. Co-mix, co-mingle and uh oh, Katie is pregnant with her sister’s child, who’s father will be Ridge. That would burn Bill bad and make for outrageously delightful B&B viewing.