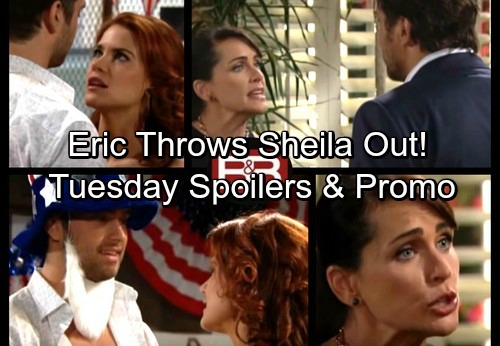 The Bold and the Beautiful (B&B) spoilers for Tuesday, July 4, tease that Ridge (Thorsten Kaye) will try to talk Quinn (Rena Sofer) out of her confession idea. Since Sheila (Kimberlin Brown) has been sniffing around, Quinn is obviously spooked. She feels like they need to tell Eric (John McCook) the truth before they get tangled in their web of deception.

Ridge is against this plan and he’ll explain why in Tuesday’s B&B episode. The Bold and the Beautiful spoilers say Ridge will talk about all the consequences they could face. He’ll worry that Quinn isn’t ready for the trouble she would stir up. Quinn will feel like the walls are closing in as she mulls over what they’ve done. She’ll hate that they’ve put themselves in such a terrible position. 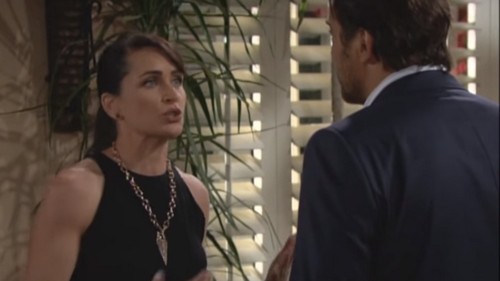 Nevertheless, Quinn will suggest that honesty may be the only solution. She’ll point out that Sheila thinks she’s doing what’s best for Eric. Quinn will believe this threat is simply unstoppable. She’ll tell Ridge that she can’t lose Eric the way he lost Brooke (Katherine Kelly Lang). Ridge will eventually decide he’s willing to be truthful if that’s what Quinn really wants.

Meanwhile, Eric will tell Sheila to get out of his house. She just dropped the affair bomb, but Eric doesn’t buy it. He thinks Sheila is just spouting off nutty accusations to further her own agenda. Sheila will offer an explanation for her claims in hopes of showing Eric the light. 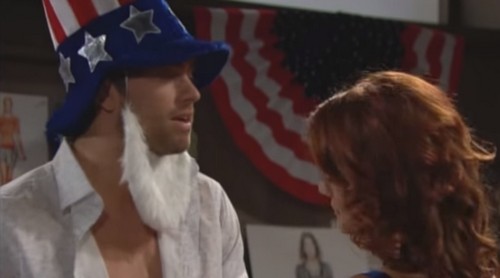 Other Bold and the Beautiful spoilers state that Thomas (Pierson Fode) will reassure Sally (Courtney Hope). She’ll be a little worried about their latest stunt. Steffy (Jacqueline MacInnes Wood) was furious when they crashed the photoshoot and put her on the spot.

Still, Thomas will note that they got what they wanted. They managed to get some buzz going and they’ll have a chance to face off with Forrester in a fashion duel. Sally will accept that this could put Spectra on the map. She’ll hint that Thomas always finds a way to exceed her expectations. 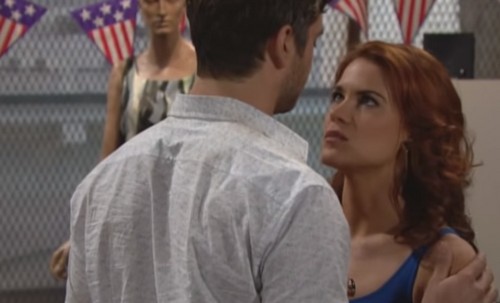 Across town, Coco (Courtney Grosbeck) will have concerns about her sister’s antics. Steffy and Ridge aren’t happy with all the Spectra drama. Coco will fear that she could be kicked out of Forrester if Sally doesn’t chill out.

Unfortunately, Coco’s upcoming attempt to unwind will add to the mayhem instead. We’ll give you updates as other news comes in. Stay tuned to B&B and don’t forget to check CDL often for the latest Bold and the Beautiful spoilers, updates and news.