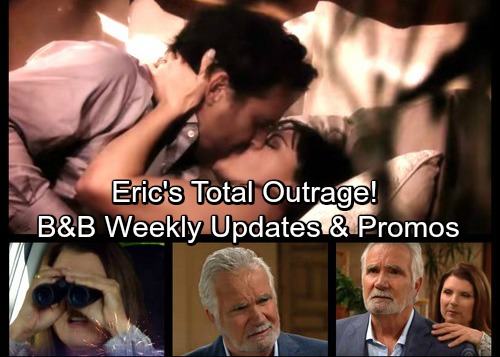 The Bold and the Beautiful (B&B) spoilers updates for the week of July 3-7 tease that we’ll see some fateful decisions on the CBS soap. First, Sheila (Kimberlin Brown) will determine that Eric (John McCook) needs to know the truth. She believes Ridge (Thorsten Kaye) and Quinn (Rena Sofer) are having an affair, so she’ll promptly spill the news.

Meanwhile, B&B spoilers state that Quinn will push Ridge to confess with her. He’ll quickly explain all the reasons why it’s a terrible idea. When Quinn can’t let it go, Ridge will go along with her wishes. However, he’ll want to be sure Quinn understands what she’s getting herself into. 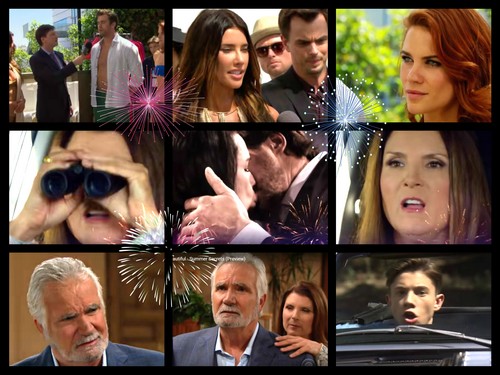 The Bold and the Beautiful spoilers say Ridge and Quinn will head to the mansion for their confession, but Sheila will have already blabbed. They’ll realize they can either keep lying or admit that Sheila is correct. It appears they’ll choose the latter. Eric will feel like his world is falling apart pretty soon.

Elsewhere, Bill (Don Diamont) will still have Australia on his mind. He knows Ridge’s mistake must have been a doozy. After all, Brooke (Katherine Kelly Lang) wouldn’t have called off the wedding over something trivial. Bill will struggle to solve this mystery, but he should get some answers before long. Sheila will certainly hope that the secret starts to spread.

Across town, Sally (Courtney Hope) and Thomas (Pierson Fode) will feel good about what they’ve accomplished. After crashing the photoshoot and locking down a fashion duel, they’ll believe success is imminent. Coco (Courtney Grosbeck) will fear that she could be fired if Sally keeps this up. Her sister just can’t leave the Forresters alone. 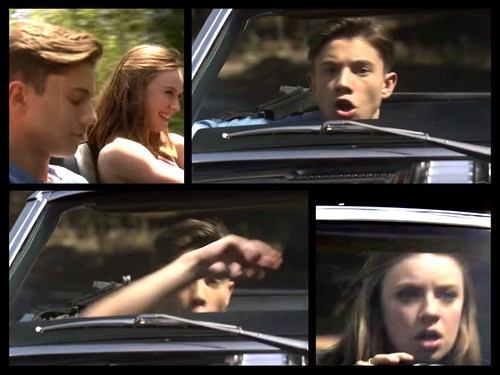 RJ (Anthony Turpel) will try to help Coco relax with a joyride in Ridge’s old Camaro. Unfortunately, their outing will only make things worse. After Coco texts behind the wheel, she’ll skid off the road and crash the car. RJ will be unconscious once their trip comes to a screeching halt.

Brooke will unleash her wrath when she learns Coco put RJ’s life at risk. The lecture will only add to Coco’s guilt. She’ll take 100 percent of the blame, but more drama is looming. Next week, Coco could run into trouble with the law.