BY Heather Hughes on November 20, 2017 | Comments: one comment
Related : Soap Opera, Spoiler, Television, The Bold and the Beautiful 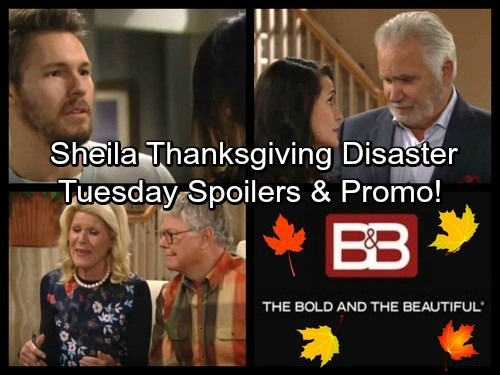 The Bold and the Beautiful (B&B) spoilers for Tuesday, November 21 tease that Liam (Scott Clifton) will reach a firm decision about Bill (Don Diamont). He’ll decide it’s time to have a chat with his father and make things right. When Liam reveals his plans to Steffy (Jacqueline MacInnes Wood), she may advise against reaching out right now. Steffy will obviously be worried about Bill spilling the beans.

Bill promised to keep their secret, but that won’t stop Steffy from torturing herself. As she frets over the truth potentially getting out, Steffy will battle extreme guilt. It’ll get even worse when Liam makes the wrong assumption about Bill.

Liam will mull over his disloyalty and insist that Bill never would’ve betrayed him like that. He’ll eventually meet up with Bill to apologize for everything. The Bold and the Beautiful spoilers say Bill will be in the same guilty boat by the end of this conversation. Still, Bill won’t be able to get Steffy off his mind. It’s doubtful that promises or regrets will be enough to change his intentions.

At the Forrester mansion, Quinn (Rena Sofer) will have some concerns about Sheila (Kimberlin Brown). B&B fans can expect Eric (John McCook) to offer plenty of reassurance. He’ll contend that Sheila wouldn’t dare try to crash their Thanksgiving celebration. 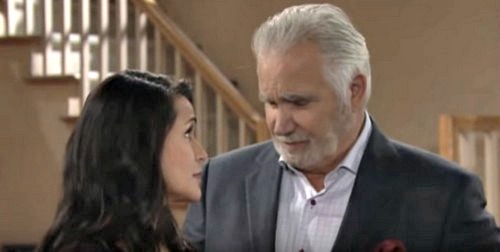 Eric will think Sheila’s still off licking her wounds somewhere and it seems he’s right. Sheila may leave them alone on this day of gratitude, but there’ll still be tons of drama. In fact, Pam (Alley Mills) will suggest that it’d take a miracle worker to bring everyone together. She’ll worry that this gathering could turn into a disaster if they’re not careful.

Nevertheless, Quinn will be determined to host a happy holiday party. She’ll make a seating chart, which will place Bill next to Steffy. That’s sure to stir up some trouble later this week! In the meantime, Eric and Quinn will take a moment to count their blessings. Quinn will be especially grateful for Eric’s willingness to forgive her this year.

Eric will just be glad to have woman he loves by his side. However, the Forrester clan could be torn apart in other ways soon. Thorne (Indo Rademacher) will certainly shake up this family when he returns on November 27. We’ll give you updates as other Bold and the Beautiful news comes in. Stick with B&B and don’t forget to check CDL often for the latest Bold and the Beautiful spoilers, updates and news.