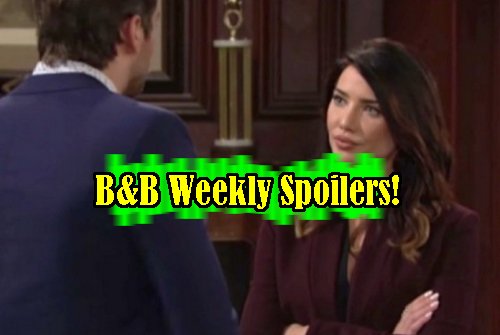 The Bold and The Beautiful (B&B) spoilers for the week of Monday, February 20 thru Friday, February 24 show the Spectra vs Forrester rivalry kicking up a notch with Spencer schemes adjacent plus brewing trouble for a taboo pairing of other people’s lovers.

After Ivy Forrester (Ashleigh Brewer) walks in on Quinn Forrester (Rena Sofer) smooching on Ridge Forrester (Thorsten Kaye), she explodes. Ivy confronts Quinn about cheating on her darling Uncle Eric Forrester (John McCook) and with his son, no less.

On Monday, the confrontation between Ivy and Quinn is heated and Quinn tries to calm Ivy down and explain away what she saw, but how do you make an excuse for step-mother and son-in-law canoodling? There’s just no way. Ivy isn’t buying her lies. 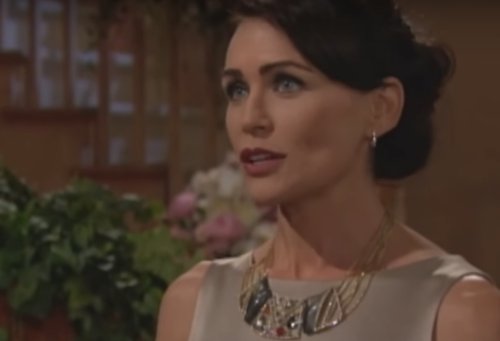 Ivy decides to go directly to Brooke Logan (Katherine Kelly Lang) and report her fiancé’s cheating and let Brooke deal with it. Will Ivy go through with blabbing? Brooke will be stunned when she discovers the former enemies are heating things up.

On Friday, February 24, Ridge and Quinn have a potentially game-changing conversation. Can they call it quits on their steamy chemistry and stay true to the ones they say they love? Many B&B fans are shipping Quidge and it seems inevitable it will happen.

Steffy Forrester (Jacqueline MacInnes Wood) feels vindicated after shoving Sally Spectra’s (Courtney Hope) head into the cake at the wedding, but is she getting too big for her CEO britches? Thomas Forrester (Pierson Fodė) is irritated with his sister on Wednesday. 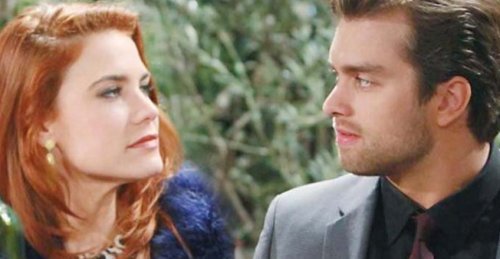 Steffy tells Thomas that his latest designs aren’t as good as they should be – but he’s quick to remind her she’s no designer. Thomas has one foot out the door already over Steffy and Ridge’s promotion plus he’s got the hots for Sally.

Is Steffy’s criticism enough to tip Thomas into sleeping with the enemy? Thomas could just walk away from Forrester – or he could try and topple Steffy and Ridge’s co-CEO positions by leaking designs to Spectra in revenge. Thomas has a dark side we’ll see more of soon.

Someone else with a dark side is Bill Spencer (Don Diamont) and he’s focusing his frustration with Brooke on business. Bill decides he can’t wait six months to let Sally fail on her own – impatient Dollar Bill wants the Spectra building right now. 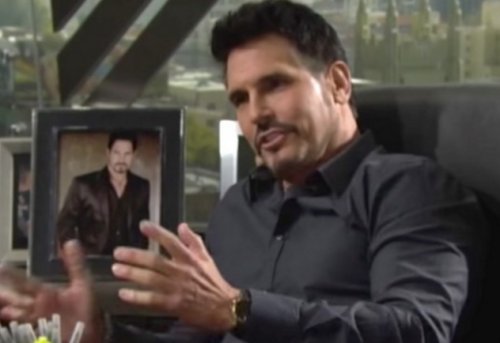 Bill comes up with a plan to play dirty and smash Sally’s dreams and then smash the Spectra building. On Tuesday, uppity Brit fashion journalist Jarrett Maxwell (Andrew Collins) is back and meets with Bill as part of the evil scheme.

Spectra has a preview show on Wednesday, and the madcap crew of Sally and her cohorts is frantic to complete the fashions in time. Jarrett comes by to check out the new designs and then Bill orders him to trash Spectra so he can get the real estate.

On Thursday, the gang eagerly awaits the reviews but unless Jarrett decides to betray Bill, it will be Sally, Shirley Spectra (Patrika Darbo), Saul Feinberg (Alex Wyse), and Darlita (Danube Hermosillo) that are shattered. Will Dollar Bill win this round?

Share your comments on the romance and duplicity afoot on B&B the week of Monday, February 20 thru Friday, February 24. Tune into CDL often for the latest The Bold and The Beautiful spoilers, news, and updates.