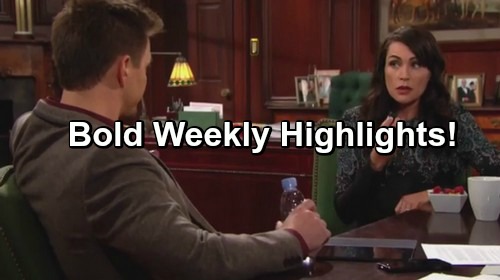 The Bold and the Beautiful (B&B) spoilers for the week of January 2-6 tease that we’ll see plenty of tension. To kick things off, Liam (Scott Clifton) and Steffy (Jacqueline MacInnes Wood) will clash over her plan to move out. When Steffy goes through with it, Liam will quickly turn his attention to the competition.

Wyatt (Darin Brooks) wants Steffy back, but Liam doesn’t intend on letting that happen. B&B spoilers state that Liam will warn his brother about what’s to come. He’ll note that Wyatt will have a fight on his hands if he insists on pursuing Steffy. 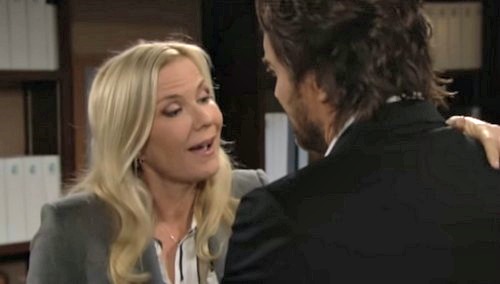 Meanwhile, Eric (John McCook) will continue to root for Wyatt. He’ll have another chat with Steffy about her future and he won’t shy away from offering relationship advice. The Bold and the Beautiful spoilers say Eric will push Steffy to reunite with Wyatt and build a life together.

Later, Wyatt and Quinn (Rena Sofer) will help Eric make his case. They’ll all tell Steffy their vision for the road ahead. Steffy may start to wonder if they’re right. She loves Liam, but she still cares about Wyatt. Perhaps love could bloom between them once again. 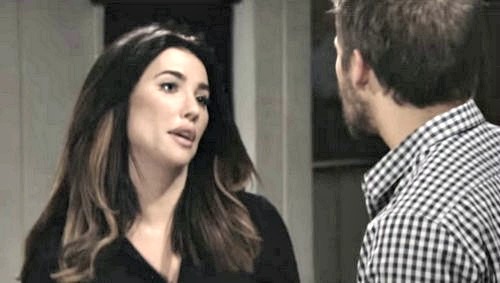 Other Bold and the Beautiful spoilers hint that Ridge (Thorsten Kaye) will have to handle Brooke’s (Katherine Kelly Lang) growing curiosity. When she grills him about his plans for Quinn, Ridge will attempt to play it cool. He’ll do whatever he can to keep his sneaky seduction a secret.

Ridge will also speak with Eric this week. He’ll want to revisit the CEO conversation in hopes of changing his father’s mind. Eric will undoubtedly tell Ridge to let it go and try to be happy for Steffy. This is her time to shine, not Ridge’s. 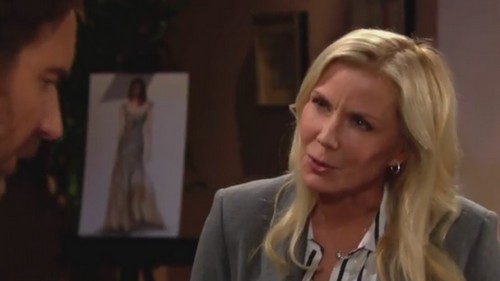 The Bold and the Beautiful spoilers say Ridge will decide he needs to focus on his scheme. Liam will encourage Ridge to speed this plot up a little. He’ll think Eric will lose his grip on Steffy if they can get Quinn out of the picture. Liam just wants some peace in his relationship for once.

Elsewhere, Ivy (Ashleigh Brewer) will ask Quinn about her recent interaction with Ridge. She’ll note that their steam room session was incredibly odd. Quinn will confess that Ridge has been flirting and she sort of likes it. She’ll hate herself for even thinking of a man other than Eric. 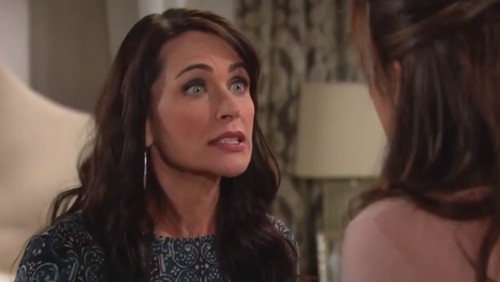 Luckily, B&B buzz hints that Quinn could turn the tables on Ridge pretty soon. We’ll give you updates as more news comes in. Stay tuned to B&B and don’t forget to check CDL often for the latest Bold and the Beautiful spoilers, updates and news. Come and join the conversation on our Bold and Beautiful Facebook Group!