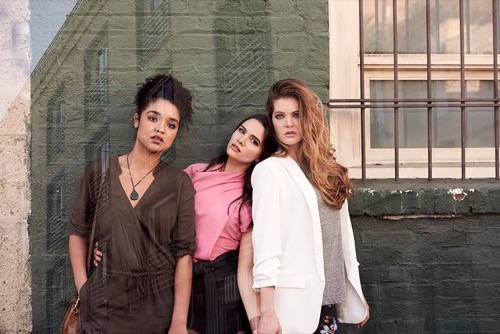 Tonight on Freeform their hit drama The Fosters returns with an all new Tuesday, August 15, season 5 episode 6 called, “Welcome to the Jungler,” and we have your weekly The Fosters recap below. On tonight’s premiere episode as per the Freeform synopsis, “Callie is torn with turning over a new leaf or supporting a cause that means a lot to her, while Jude and Taylor begin making gaming videos that earn them unwanted notoriety. Elsewhere, Stef makes major headway in her case.”

Jesus’s parents didn’t want to let him drop out. They both thought that he wasn’t thinking his actions through and so they weren’t afraid to use the law if that would help because it was technically illegal for Jesus to drop out. The state believed he should stay in school until he was 18 however there was a loophole he could exploit. Jesus could take a test deeming whether he was fit or not to leave school. So Stef and Lena told him he could do the test first because neither of them thought he would pass.

Jesus was still having problems with his motor skills and his memory. So he wouldn’t be able to retain enough information to pass the test though getting proof that he would need help to finish his education meant his parents could get help with applying for an aide for him. Both Stef and Lena thought he should go back to regular school and an aide would help him keep up. However, one of the reasons Jesus had wanted to drop out was because he didn’t want to get “help” or be considered special needs.

Jesus thought that was for other kids and he failed to realize that his recovery had changed things for him. But Jesus was rarely thinking things through nowadays. He had asked his birthfather, Gabe, out of the blue if he still had feelings about his birthmother, Anna, and Gabe had tried to tell him that Anna would always have a special place in his heart because she was his first love except Jesus didn’t hear the part about not looking back with regrets. So Jesus let his mouth run away from him when Anna later stopped by the house.

Anna had come over because she wanted to tell the twins that she and Mike were getting married! Only she didn’t get the chance to tell anyone her news what with Jesus blabbing to her that Gabe was still in love with her. So Anna hadn’t said anything when she had the chance and to make things worse she had also been seen hugging Gabe afterwards because she had needed to talk to him, but seeing that had Brandon question Anna’s feelings for his dad. His dad has been hurt in the past and Brandon didn’t want that to happen again.

Brandon though had his hands busy with Grace and Cortney. Cortney was still staying in the garage with her son and the two were surprisingly growing on Gabe. But Brandon’s current girlfriend had a problem with his ex sticking around. She had tried to pretend like everything was in the beginning and so it wasn’t until they all went out together that Grace started to show how agitated she truly was. She had invited Brandon and Cortney to this small coffee place that she was hoping would be an early platform for her and Brandon.

Brandon and Grace were performing together nowadays and their future performances had still needed some fine tuning. So they had gone to that little coffee place for them to perform and it had been better than last time however Cortney was then asked to come up onstage and she hadn’t wanted to go alone so Brandon went up with her. He had performed with Cortney in the past and so they sung that little number they came up with for Mason. Mason had needed a kiddie song and so both Cortney and Brandon were able to perform by heart.

However, that had made Grace jealous and so she had started drinking. She finished her cup and then had moved on to the others because Cortney had been the one to bring the wine. So both Cortney and Brandon had had to help a very drunk Grace home and she vomited in several bushes along the way, but that just showed how much Grace was upset. She had tried to hide it and it had come out with her drinking and making a fool of herself because she was jealous about Cortney still being in Brandon’s life.

Just Brandon didn’t know what to do about it. He was helping Cortney because she had nowhere else to go and he was afraid to mention that infamous hug between Anna and Gabe because he hadn’t wanted to hurt his dad. So he chose to simply stay quiet. He had agreed to be his father’s best man and he did his best to overlook what happened in the past. Like when Anna had once accepted money from him and had even taken money from Mariana. Mariana on the other hand had long forgiven her birthmother and she had been surprised to find out what Jesus did.

Jesus had risked Anna and Mike’s happiness because there was a part of him that wanted to believe they could have all been a family in another life. But Mariana had thought that was unfair to Mike and she hadn’t wanted to help Jesus with any other mad idea he had because she knew that was going to be trouble. So Mariana had been right to think that seeing as Jesus later made Emma a promise ring. He had wanted to give her that because he thought that they could get married one day and have it all yet Emma didn’t what to say “yes”. She had secretly been having doubts about her relationship with Jesus and it didn’t help that she also treated his sister like crap.

Mariana had had Emma and some of her other friends breathing down her neck and calling all sort of horrible names. So she had been hurt recently when Callie had called her selfish. Mariana had thought that was hypocritical of Callie and Callie eventually had to apologize more than once before Mariana could forgive her sister. However, the two soon got into another argument once Callie realized Mariana had faked their parents’ signature on a permission slip. Mariana had said that she needed a group that would be supportive and Roller Derby turned out to be that for her right as she needed it the most.

So Callie talked to Ximena and she had Ximena talk to Lena. Lena and Stef hadn’t wanted Mariana to do it because they hadn’t wanted Mariana to get hurt like Jesus though that wasn’t necessarily fair to Mariana so Ximena talking to Lena had helped. Lena said that she would talk to Stef again and so that truly helped bridge things between Mariana and Callie. Except there was one little problem. Callie herself hadn’t taken anything Mariana had said to heart and she had found herself at opposite sides with Aaron.

Aaron had apparently warned her about the resistance group on campus and how things could get out of hand, but Callie hadn’t listened. She thought that she was standing up for people that needed a voice and so she joined the resistance even as Aaron had tried to warn her about the risks. He had said that the group seemed zealous to him and that there were other ways to argue their point without going as far as to stop people from coming to campus to talk about their point of view. Though Callie hadn’t gotten what he was truly saying and so she joined a group that was intent on getting arrested to draw notice. And Callie couldn’t get arrested again.

She had a record and getting arrested again so soon after the last stunt could ruin everything. Her mother for one was still trying to fix the last thing she did when she got Kyle out of prison and made an enemy out of a detective. But Stef was doing her best to make everything alright and she wasn’t giving up no matter how much setback she faced. So what Stef didn’t need was for Callie to get arrested again, Mariana getting hurt, or Jesus getting married. Jesus had talked to Emma about it and she said that she wouldn’t marry him unless he took education seriously.

So Jesus was going to finish school, but he was possible engaged and he might have ruined Anna’s engagement seeing as Anna still hadn’t told the twins about her and Mike.

And meanwhile Jude had faced down internet trolls that didn’t like someone openly gay playing video games and he managed to do it on his own without any family members or his boyfriend interfering!