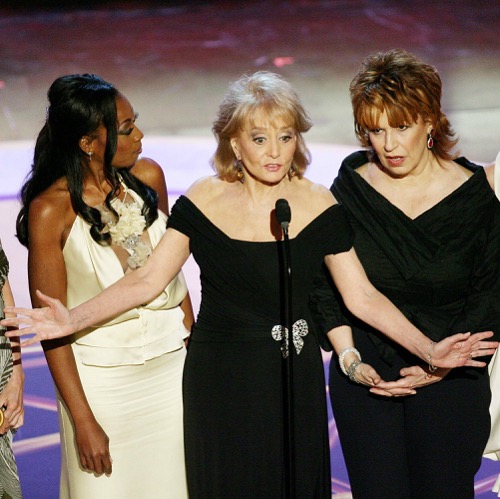 This latest feud between the ladies started last month when Star Jones made a guest appearance on Andy Cohen’s Watch What Happens Live. In the interview, Star talked about her time on the popular daytime show and when asked about her fellow co-hosts, Star insinuated that Joy was not very friendly off screen and claims Joy didn’t like the other co-hosts.

Those comments did not sit well with Joy Behar who happened to appear on Watch What Happens Live this past Thursday. When Andy Cohen asked Joy about Star Jones’ comments, Joy said, “I don’t know but I was friendly with everybody. I don’t know what she’s talking about. I don’t like any of my co-hosts, that’s what she said? What type of fake news is that?”

Of course, this is not the first time there has been friction between Star Jones and Joy Behar. While both were panelists on The View, there was often tension between Joy and Star whenever “hot topics” were discussed, but one of the most tension-filled moments on the show occurred when Star Jones underwent a breast reduction surgery and discussed her procedure. After a few minutes, Joy felt that Star was taking up too much of the segment and told her to wrap it up. Star became angry and the result was a very uncomfortable moment for the audience and other panelists. 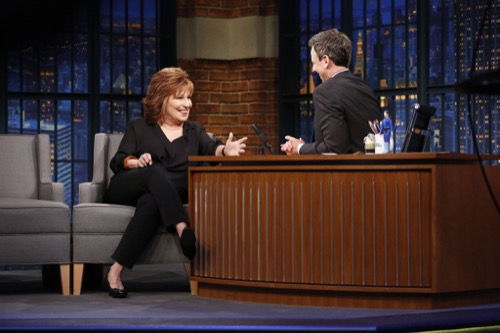 Another point of contention was Star’s over-the-top wedding to Al Reynolds in 2004. Joy had no problem telling Andy Cohen that during her wedding planning, Star Jones was a total “bridezilla”. Joy, as well as the other panelists at the time, became tired of hearing Star constantly talk about her upcoming nuptials and plugging wedding products she scored from vendors for free.

Star Jones diva behavior and lies also landed her in hot water with Barbara Walters, who created The View. During her tenure at The View, Star Jones had gastric bypass surgery and lost a lot of weight, but she kept the surgery a secret from the audience and pretended that she lost the weight through diet and exercise. Barbara Walters felt that Star Jones lies about her weight loss surgery put her and the other panelists in an awkward position and fired Star from the show.

Although years have gone by, it certainly doesn’t sound like Joy Behar is ready to forgive Star Jones and bury the hatchet anytime soon.