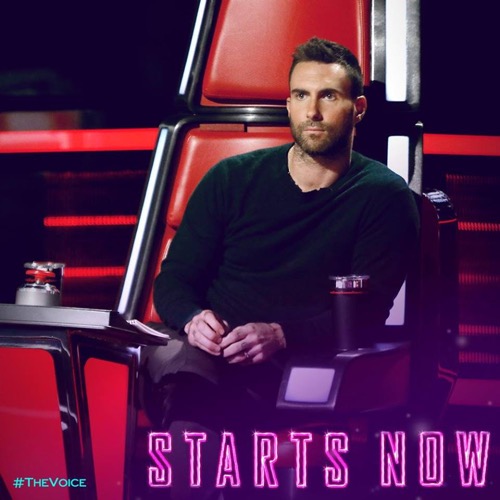 Tonight on NBC’s Emmy Award-winning musical competition The Voice airs with an all-new Tuesday, November 7, 2017, season 13 episode 14 and we have your The Voice recap right below.  On tonight’s The Voice season 13 episode 14, “The Knockouts, Part 3” as per the NBC synopsis, “The “knockout rounds” continue with coaches Miley Cyrus, Jennifer Hudson, Adam Levine and Blake Shelton’s strongest team members remaining from the battle rounds. The artists will be paired with a teammate once more, but this time they will each select their own song to perform individually, while their direct competitor watches and waits. A special key adviser is on hand to work with all of the coaches and their teams as they prepare the artists for this challenge.”

Tonight, Six Artists, Three Winners and One Final Steal left by Judge Jennifer Hudson, who says they need to knock it out of the park and deliver for her. Helping prepare to prepare the teams is next season’s new coach and Grammy winner and Superstar Kelly Clarkson. The final night of Knockouts starts right now!!

Jennifer paired Chris Weaver with Katrina Rose because they have big voices and can really interpret a song. She wants to see their power match their power. Chris chose to sing “I Put a Spell on You” by Nina Simone. He was so excited to do this song as himself because it gave him so many options and range and give a gut-wrenching performance. Kelly said it was a smart song to sing as he has a very big voice, but Jennifer encourages him to get down and deep as Kelly says to add texture that is soft and makes people want to derobe. Jennifer continues to call him a “freight train” and reminds him to have a dramatic ending and “own it!”

Katrina was in Hairspray in Las Vegas but thought music was going to happen for her, but when she tried out for The Voice; Miley Cyrus told her she had no limit and her range is insane. She is ridiculously grateful that Jennifer stole her and gave her a chance to grow her voice. She will be singing “Zombie” by The Cranberries. She admits that she struggles with body image and just wants people to know that they are beautiful. Kelly says she has the biggest voice and she has an energy she hasn’t seen on any team. Jennifer reminds her to make it more intimate and not yelling like she is on the back of a stage. Kelly wants her to feel it and have fun with it, but make sure that people hear her. Kelly tells Jennifer she doesn’t know how she is going to compare these two as Jennifer feels this will be a show stopper.

Chris Weaver is up first with “I Put a Spell on You”. Everyone is on their feet after his performance as Katrina prepares to sing “Zombie”. Miley says they were the perfect Knockout pairing, two of the biggest voices, and is really proud of how much of a surprise Katrina became. Miley tells Chris it was a great song for his voice but feels her vote would be that it would be too hard to have Chris walk away from Jhud productions.

Adam feels it was funny that they both did the slow roll and Katrina really wanted to erupt, where Chris did the same thing but he was more controlled; where Chris was like a laser beam and Katrina was more of a flamethrower. You guys are so different but great job. Blake disagrees with Adam about Katrina, and wouldn’t change a damn thing about her trying to control herself from erupting. Chris, every time you get on that stage you are going to do something that will get shoes or something thrown at the stage, it’s a tidal wave and that’s so exciting for you. Congratulations!

Jennifer felt it was just enough in how Katrina did it; I loved that. Then we have ol’ freight train Chris here, with a big old voice. Blake calls it a tidal wave. Jennifer says they both gave her so much life that she doesn’t know what to do. Carson Daly asks her what she is going to do. The winner of this knock out is Chris Weaver and is off to the playoffs for Team Jennifer Hudson!

Katrina thanks Jennifer for stealing her and for both her and Miley’s confidence in her; because without it she doesn’t think she could have done what she did. They all hug her but Jennifer says if she keeps the passion, this isn’t the end for Katrina.

Team Blake is up next with Megan Rose paired against Red Marlow; he paired them together because he needs to decide which lane he wants his team to move as far as what type of country they want to focus on.

Megan says before she tried out for the show she was helping taking care of her father who has MS. She was trying to make it in the music scene in San Francisco and coming here was a huge leap of faith but her dad didn’t want it any other way because he wanted to see her succeed. The song she chose was “Smoke Break” by Carrie Underwood because everyone can relate to it. Blake is thrilled that he stole Megan and shocked him at how strong her vocals are. Kelly reminds her that the song is bad ass, almost like a P!nk song, and since she is so comfortable in her skin, she is advised to play on that more; but she needs to be more emotional and sing clearer so they can understand the words.

Red, who is 40 years old, feels like he really connects with Blake and will fight to stay on his team. He will be singing “Outskirts of Heaven: by Craig Campbell. He is a country boy at heart; Kelly loves Red and knows a ton of her friends who would listen to his record. She says he is a man’s man but he needs to show some emotion as Blake says it is a fine line to walk, so people will understand and feel his words. Blake tells them both the more miserable they make him, the better it is for them and whoever steps into their part for their song is the one who will win this knockout round.