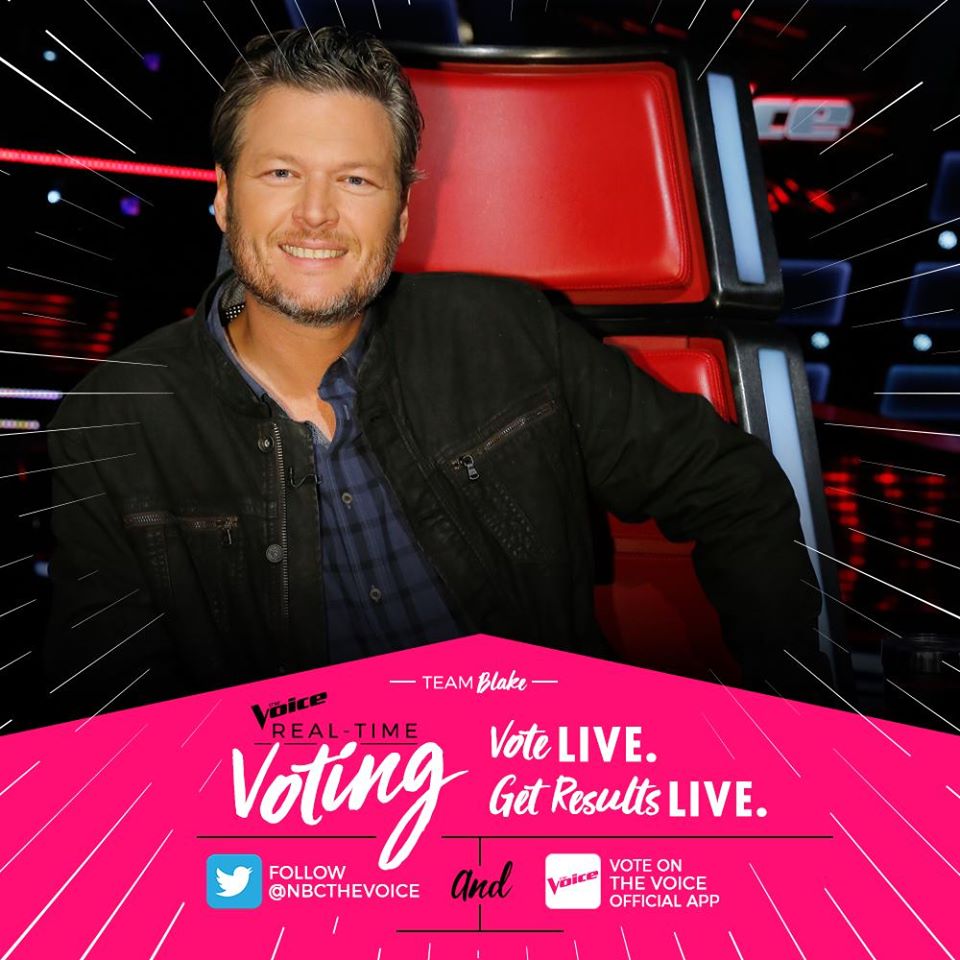 Tonight on NBC’s Emmy Award-winning musical competition The Voice airs with an all new Tuesday, April 17, 2017, season 12 episode 17 and we have your The Voice recap right below.  On tonight’s The Voice season 12 episode 17 “Live Playoffs, Night 1” as per the NBC synopsis, “The playoff round opens with top artists performing and battling for a coveted spot in the Top 12.”

Tonight is all about Team Blake and Team Alicia. Each one of their artists will perform and then the viewers at home will vote to determine who moves on to the Top 12. The show will send out one tweet per artist and the tweet that is resent the most will determine the winners. Tomorrow night Team Adam and Team Gwen will compete. The winners for tonight will be announced at the end of the show. Each performance is live. Each coach got to pick one artist who previously left the show to return. Blake picked Felecia Temple and for Alicia we have Jack Cassidy.

First up for Blake is Casi Joy. The small town she is from was recently hit by a tornado and she was able to play at a fundraiser to help the town rebuild. She will sing Parachute by Chris Stapleton. Adam thought Casi was awesome but the audience sucked at clapping. Blake was impressed with Casi’s energy and asks the audience to vote for her. Blake’s come back artist Felecia Temple is the next to perform. She just got engaged and the only thing that would make her life better is a record contract. She will sing Defy Gravity from the musical Wicked. Alicia loved her message and her sound. Blake thinks she killed it and he is very proud.

Three artists from each team will move forward based on viewer votes while one from each team will continue based on their coaches vote. Fourteen-year-old Aaliyah Rose will sing Brass in Pocket by the Pretenders. Blake stole Aaliyah away from Gwen and he has never regretted it. Gwen thinks she is so unique and adorable. Blake thinks this was Aaliyah’s best performance yet. TSoul is up next and reports that since he was on the show last his high school gave him an outstanding achievement award. He will perform Knock On Wood by Eddie Floyd. Adam was impressed with TSoul’s moves and his voice. Blake loved his energy.

Fifteen-year-old California pop singer Aliyah Moulden is next to sing for Team Blake. Aliyah’s mom is a school teacher and all of her students are rooting for her. She will perform Mercy by Duffy. Blake calls her a firecracker after her performance. Lauren Duski is the last performer for Team Blake. Lauren will perform Someone Else’s Star by Bryan White. Blake thinks it is perfect for the singer/songwriter sound that Lauren has. Lauren has always been one of Adam’s favorite and he thought she was unbelievable. Blake will be shocked if Lauren doesn’t move on.

Voting for Team Blake is now closed. Team Alicia is up next with Chris Blue. He has been traveling and speaking to school students. He will sing Love On The Brain by Rhianna. He feels like working with Alicia is helping him to grow as a person and working with her was meant to be. Gwen found his performance mesmerizing. He is truly gifted. Alicia thought he made the song his own and is a beautiful soul as well as singer.

Anatalia Villaranda is next up from Alicia. She will sing Stand By My by Benny King. Alicia has taught her to have confidence and be true to herself. Alicia loved her performance especially her energy and light. Jack Cassidy is Alicia’s come back artist and will perform Rain Down On Me by Elton John. He will be challenged to show his range on this song. Alicia felt Jack’s performance tonight was his best yet and he rose to his greatness.

Vanessa Ferguson will sing Lean On by Major Lazer. Alicia wants her to start the song while playing the piano, then sing the second verse away from the piano then return for the last verse. Adam thinks there were a lot of amazing singers tonight but Vanessa is ready, she is just ready for the next step in her career. Alicia loves that Vanessa is just breaking the rules and be a leader for other woman.

Alicia chose I Can’t Stand The Rain by Ann Peebles for Ashley Levin. This song will allow Ashley to truly show her range. She did a great job in her deliver and her emotion. Alicia loved the diversity she displayed while singing. Stephanie Rice is the last performer of the night. Since telling her story on the show her family has reached out to her and they are closer than ever. She will perform Every Breathe You Take by Sting. Gwen tells Stephanie that she hasn’t stopped thinking of her and is so happy she is working with Alicia. Alicia feels that every time Stephanie sings she transports her.