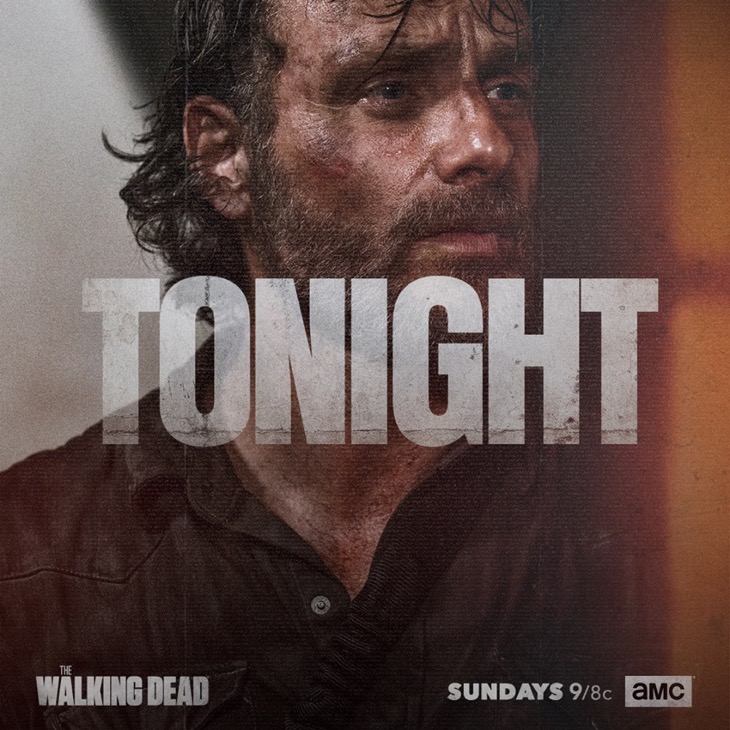 Tonight on AMC our favorite show The Walking Dead airs on an all-new Sunday,  November 5, 2017, episode and we have your The Walking Dead recap below.  On tonight’s The Walking Dead Season 8 episode 3 called,  “Monsters,” as per the AMC synopsis, “Conflict with the Saviors leads to unintended consequences for the Hilltop, the Kingdom and Alexandria. Morality proves tricky in wartime.”

Tonight’s episode begins with Ezekiel (Khary Payton) says they know they are coming, yet he smiles; as people walk he tells his Kingdomers that Carol (Melissa McBride) smiles too. They stop walking and raise their hands, but it flashes back to them talking and Carol says the Saviors probably have the numbers, but they have the strategy. Ezekiel raises his hands as his Carol and several men jump up and begin shooting.

Ezekiel says he is binding a hope to his heart, perhaps unwisely, but they have come this far and are still there, and if they stick to the plan, the fates will shine brightly upon them and allow them this dream, they won’t lose any of their ranks. After they shoot everyone around them, Shiva joins Ezekiel who smiles with Carol and tells them they are moving onward.

Rick (Andrew Lincoln) lowers his gun at Morales’ (Juan Gabruel Pareja) request, he acknowledges that they both made the same journey but they are completely different now because Rick is a monster. He knows Rick as the guy who is always willing to rush in, but he wants to know why and what he is looking for; but when Rick doesn’t answer he says, it doesn’t matter because his people are coming and they are going to get him to Negan (Jeffrey Dean Morgan).

Outside the gunfight suddenly comes to an end as they are told the boss wants them back inside. Aaron (Ross Marquand) carries Eric as far as he can, apologizing for pulling him into a fight he didn’t want to be in. Eric insists that he leaves him as the others need him. Eric tells him he loves him, they kiss as he tells Aaron he is right, tells him to stand his ass up and return to the fight and win.

Tara (Alanna Masteson) points her gun and pretends to shoot various Saviors as they lead them back to the Hilltop. They are all tied together, walking as Morgan (Lennie James) smacks one that is whistling. Jesus (Tom Payne) tells him they are bringing them to the Hilltop and Maggie (Lauren Cohan) will decide what to do; Morgan says they are dangerous but Jesus says they are still people and although they have all killed, they will not execute.

Morales continues to point his gun at Rick, who apologizes that his family never made it; Rick reveals he lost many people too, a lot of them thanks to Negan. Morales says to make it this far and this long, he is Negan and tells Rick to look at them – they are two assholes who will do whatever they have to to keep going and the only difference is he is the one holding the gun, only making him luckier. Rick says he would at least try to find another way and as he continues to spew his anger, Daryl (Norman Reedus) shoots him and kills him with his arrows. He says he knew who he was, but it doesn’t matter. Rick says they need to get out, but there is a loud crash and says, “They are here!”

Jared (Joshua Mikel) taunts Morgan, but just as he points his gun at him, dozens of walkers roll down the hills towards the tied up men; several attempts to escape and Morgan gives chase while others stay put knowing Tara and the others have weapons. Morgan shoots one of the men, but as he is about to shoot another, Jesus knocks him out of the way and Morgan screams at him, saying they will not change. Jesus says Maggie will find another way but Morgan asks him if he really knows if she doesn’t want them dead. Jesus says there is war and then there is peace and they will have to learn to live with these people after. He takes his staff and attacks Jesus.

Ezekiel leads his people on-wards, reminding them to not to make the mistake of thinking they are done, but this one victory will lead to another; Carol nods. They take one small compound after another. Meanwhile, Rick and Daryl are trapped inside the massive building fighting on their own.

Morgan continues to swing his staff at Jesus but after missing him several times, he connects with him in the chest and hits him hard a few times; Jesus is able to knock him to the ground asking if he is done yet. Daryl tells Rick he is out of ammunition, so Rick shoots a fire extinguisher and is able to tell one of their men where they are. Jesus uses Morgan’s staff and hits him a few times, asking him if it is over and throws it back to him; Morgan brings the sharp point right to his throat and asks, “What?” Morgan tells him he cannot be a part of this, but that doesn’t make him wrong. Tara looks at him and tells him he is right as he leaves.

At the Hilltop, Enid (Katelyn Nacon) sees Gregory (Xander Berkeley) arrive with Father Gabriel Stokes (Seth Gilliam) car, Maggie opens the gate just enough to demand to know what he is doing with Gabriel’s car and why he is there. He says this is his home and built this; Maggie snaps as he says he was working for peace and sanity and it was all Negan making him say those things. She says he went there to betray them and warn Negan they were going to fight. As Maggie walks away, he admits he was scared and didn’t think they could win but now knows fighting them is the only way, he made a mistake and is sorry. He feeds on her mercy, humanity, begging her to open her heart; she tells them to let him in. She says he isn’t worth killing – at least not yet.

Suddenly, Jesus arrives with all the Saviors; Tara agrees with Gregory about not letting them in. Jesus says to put them in the back, he says they cannot let them go nor can they kill them, and suggests locking them up in the back until it is over.

In and around the compound, walkers are eating what remains as Daryl is shooting them in the head with arrows. Trucks are being loaded with the living as the dead are being covered with blankets after Rick takes photos of their faces. Aaron returns to where Eric was leaning on the tree and begins to sob as he sees Eric, who is now a walker, joining the others going towards the forest; someone stops him from following.

Aaron sits and stares at his bloody hands as Rick comes out with the little baby girl, Gracie, who appeared to be dead earlier. Aaron approaches Rick, saying he can bring her to the Hilltop as she will be safe there. Rick hesitates but when he hands Aaron the baby, he has a newfound sense of life. Daryl is about to get on his motorcycle as he loaded his last weapon, and Rick is getting into the truck but suddenly someone shoots at the truck.

Rick calls out, saying he knows there is only one person behind the tree, tells them to come out, reveal what they want to know, they can take the car and live. The man asks why he should trust him, he says he has his word and that has to mean something. When he reveals they moved out yesterday, Daryl shoots him and kills him.

Ezekiel is told that everyone is accounted for, but Carol tells him they need to sweep the compound. She says she wants to take a look, as some of them lay down to rest. Carol is gone to the buildings when Ezekiel suddenly sees something, shouts to his men as gunfire erupts from the silos, one of his men jumps in front of him and everything goes black.