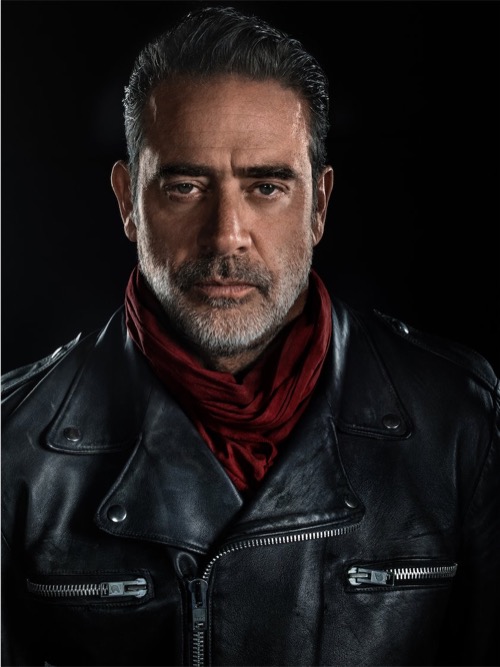 Tonight on AMC in anticipation of the season 8 premiere an all-new Sunday, September 10, 2016,  The Walking Dead: Season 8 preview we have your The Walking Dead Special Recap below for you!  On tonight’s episode, as per the AMC synopsis, “Jeffrey Dean Morgan, Lennie James and Scott M. Gimple discuss the eighth season of the series. Hosted by Chris Hardwick.”

Scott tells Chris the season 8 series premiere will be the 100th episode. The first 3 episodes of season 8 will be at break neck speed and will set up the next 100 episodes.

For Lennie, to be here for the 100th episode is exciting. He is pretty convinced the fans have a lot to do with why he is still here. For Jeffrey, coming back for season 8 is balls to the wall. Their break was short so it feels like they never stopped. Season 8 will pick-up where we left off at the end of the seventh season.

For Negan, season 8 will be all about how he will deal with Rick who is a thorn in his side. He has had it up to his eyeball’s with Rick and he is going to want to sit down. Chris points out that it is rare to see Negan off balance. The tiger, seeing Morgan in action and realizing Maggie is alive was shocking and pissed him off.

Chris points out that seeing the core cast of characters fight back against Negan is refreshing for the characters.

In a quick cast excerpt, Lauren Cohan (who plays Maggie) is excited for season 8 and for the fans to see them take it all back. Allana Masterson (Tara) teases a cold open with a big bang! Josh McDermitt (Eugene) is excited to see the war. Tom Payne (Jesus) says the cast has been excited on set to take things back from Negan!

Melissa McBride, Normas Reedus, Andrew Lincoln and  Danai Gurira take a moment to give a pre-taped special thank the fans for all of their support.

Chris asks Scott about the trailer seen at Comic Con. Everyone wants to know about old man Rick. Scott says he is not waking up from a coma. But that as far as he is going.

Jeffrey doesn’t sleep for days to memorize his lines. When he gets on set he gets digs in on Andrew. It has really been working. The scenes between Negan and Rick are the most intense Jeffrey has played.

For Lennie, he is grateful for the scenes Scott writes. He would like to have a scene between Morgan and Negan. Some type of scene that is organic where they just run into each other.

From Twitter, when will we have a Melissa McBride centric episode? We probably will not this season but we may eventually. She won’t have her own bottle episode but there is some prime scenes with Melissa coming up.

Scott thinks it is delightful to see Negan and Gabriel together in scenes. Gabriel will be the character who facilitates the back story of Negan; how he came to be evil.

In season 8 you can expect to see Eugene struggle with his allegiances while trying to stay alive. He has been able to adapt and continue to stay alive

Why didn’t Rick use Eugene to his full potential? Scott thinks Rick did use him in practical ways in Alexandria. He thinks Negan ended up being the right man at the right time while Rick spent a lot of time being in shock over Glenn and Abraham.  For Jeffrey, he thinks Negan respects what Eugene brings to the table. Josh is a fun guy. He is a lot of fun to work with. Chris points out that Negan is a master puppeteer and Eugene. Scott thinks being on Negan’s side keeps Eugene safe. Lennie’s Morgan has a soft spot for Eugene. He would like to rock that mullet!

Chris wants to know about Negan’s monologues. For Jeffrey, they are both fun and the most challenging. “The world of TV is hard. We shoot a movie every week. When I get an 8-page monologue to shoot in 2 days it is no joke. I am dyslexic; it takes a while to get into the groove.”

Cooper, who plays Jerry, shares that the cast is humble and caring, no matter had big the show has gotten.

Lennie calls Cooper one of the coolest dudes in the world. He was first the boom operator and then got on the show. Scott teases some serious material for Cooper coming up in season 8.

Jeffrey thinks that Negan is going to be pissed when he realizes that The Kingdom and Rick have aligned.

Lennie thinks that Morgan told Ezekiel he is stuck in the season 7 finale because he is headed down a crazy path. He doesn’t know what to do, go forwards or backwards? He is trying to love by his premise that all life is precious.

Scott shares that the garbage people are all about themselves and that’s why they hooked up with the saviors. Because both groups are down for themselves, there is a lot of potential for trouble ahead.

Normus Reedus shares that the show has changed his life. He is dedicated, a real team player. They all support each other. They are a huge family.

It is time for an audience member to ask a question. Will Morgan name his staff? Lennie doesn’t think he has a nickname. But they can come up with one. Maybe Dessie or Chuck? Chris gives the audience member an entire basket of prizes.

Now it is time for a sneak peek of season 8. Maggie tells Rick she can wage war through the 2nd trimester. She just wants to fight one more time. Ezekiel offers up his doctor. Rick tells Maggie that Hilltop is lucky to have her. After this, he is following her. Tara, Carol, Maggie and Daryl are counting down the seconds as they stare off down the road. Seconds pass, but the finally see what they have been waiting for, a group of walkers.

Scott reveals that Maggie’s baby will not be born in season 8. Lennie is excited for Morgan and a big one-on-one fight he will have. Jeffrey shares that he has a lot of run-ins with passionate fans, a lot of fingers thrown at him! He is surprised how he has been embraced. More often than not everyone has been super cool.