The Walking Dead Season 8 Spoilers: How Does Rick Know That Dwight Can Be Trusted? 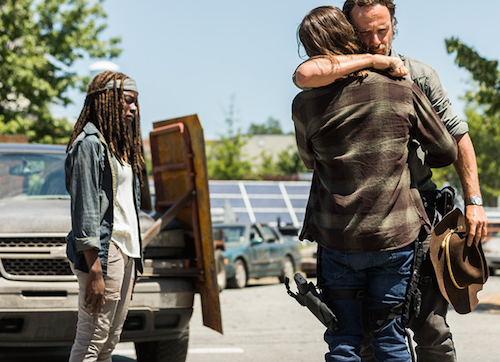 The Walking Dead Season 8 spoilers reveal that Rick Grimes (Andrew Lincoln) is accepting Dwight’s (Austin Amelio) help. However, what is the reason for this trust of a Savior? Especially considering everything that Dwight has done to Daryl Dixon (Norman Reedus) and the others?

Even though it appears as if Rick is blindly trusting a Savior, that isn’t the case at all. What viewers did not see on the television show is Rick testing Dwight. Slowly, Rick wanted to be sure that Dwight’s help was genuine and that they weren’t going to walk into traps.

So far, everything has checked out. It appears that the Savior really is helping Alexandria. Fans know the reason why… because of what happened with Sherry (Christine Evangelista.) However, what is going to stop him from double-crossing Rick the same way he is double-crossing Negan (Jeffrey Dean Morgan?) 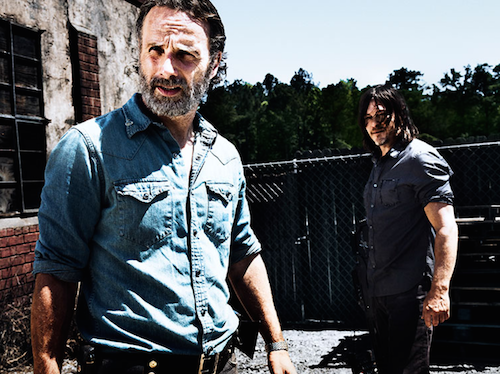 The Walking Dead Season 8 spoilers indicate that it is due to fear. Dwight knows what Negan is capable of. With Rick, he knows that he could die, but understands that he is a very different type of leader. Rick doesn’t rule with fear or by physically punishing his people.

There is also the fact that Dwight wants Negan to pay for what he has done. It has less to do with the iron incident and more to do with losing Sherry. He dealt with it when Sherry saved his life by marrying Negan.

However, now Sherry is out in the zombie-infested world by herself. He has no way of knowing if she is dead or alive. The Walking Dead Season 8 spoilers tease that to Dwight, that is unforgivable. He’s wanted revenge ever since and he will get it by the end of “All Out War.” It’s just that the ending won’t be exactly as he has envisioned, but it’s better than the way he is living now.

Do you trust Dwight or is he too much of a risk? Keep watching the AMC series and check back with CDL for the latest in The Walking Dead Season 8 spoilers, updates and news.