The Walking Dead Season 8 Spoilers: Who Dies, Negan or Rick? 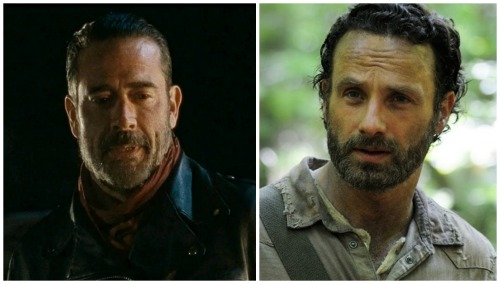 Who dies during The Walking Dead Season 8 – is it Rick Grimes or Negan? In what can only be described as a heartbreakingly epic Season 7 finale of the Walking Dead, ‘The First Day of the Rest of Your Life,’ battle lines were drawn.  Sasha (Sonequa Martin-Green) sacrificed her life for the greater good of the group while Shiva (King Ezekiel’s pet tiger) saved Carl (Chandler Riggs) from a deadly skull cracking at the hands of sadistic Negan and his barbed wire wrapped baseball bat ‘Lucille.’ Both scenes were jump out your seat worthy. Hard to decide whether it’s Sasha or Shiva that deserves the MVP award, as both delivered awesome ass-saving moments for Rick’s group at just the right time. We’ll go ahead and give them both the co-MVP title.

The first episode of The Walking Dead Season 8 will mark episode 100 and preparation for an all out war between Rick Grimes’ (Andrew Lincoln) group, the Alexandrians, and the Saviors led by Negan (Jeffrey Dean Morgan).  In a TV show about the zombie apocalypse, it’s often been the humans that are feared most. If you follow the comics which TWD is based on, you know that the war between Rick and Negan lasts for 12 issues which likely means that we’re in for a prolonged battle spanning the season with major casualties. Let’s briefly discuss the disparate groups, so that we can get a handle on who will be defeated. 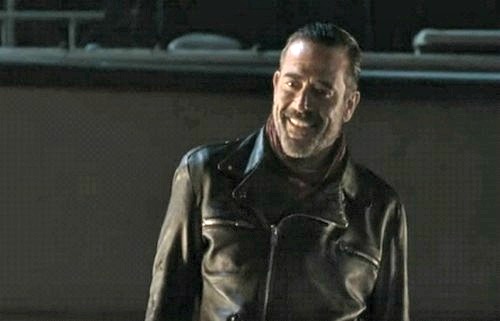 The Alexandrians have the support of the Kingdom and the Hilltop community, all united in the goal to defeat Negan and his brutal Saviors. Rick and Michonne (Danai Gurira) continue to remain ‘relationship goals’ for us mortals. Maggie (Lauren Cohan) will claim her rightful position as leader of Hilltop.  Maggie will rise as a capable leader and mother, honoring her husband Glenn’s memory.  Will a relationship blossom between King Ezekial (Khary Payton) and Carol (Melissa McBride) and lead the Kingdom together?  Perhaps, more Oceanside members step up in TWD Season 8?

In contrast, the Saviors have the firepower and their manpower likely numbers in the hundreds, far larger than the opposing groups. Traitorous Gregory sides with Negan and pays a heavy price for it when he fails to deliver enough Hilltop members to fight for the Saviors. The Scavengers led by Jadis (Pollyanna McIntosh) are also under Negan’s control after betraying Rick.  Eugene(Josh McDermitt) will be put to work making bullets though Negan will grow increasingly suspicious of Eugene’s loyalty. Dwight (Austin Amelio) will continue to sabotage Negan in an effort to help Rick all while pretending to be a dutiful Savior. 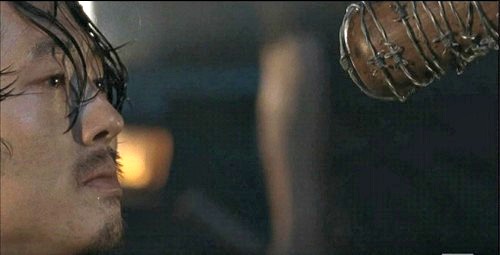 So, who’s going to die on The Walking Dead Season 8? If it’s a choice between Rick and Negan, we know that Rick isn’t going anywhere – Rick IS the show to a large extent. It’s almost inconceivable that TWD writers will risk losing droves of fans with a Rick kill-off. If the writers stick with the comic book ending, Rick will cut Negan’s throat and lock him in a jail cell (that Morgan built) in Alexandria.

Let’s hope that the writers take a different route. Sure, Negan has his charm, but his demise is long overdue after ‘Lucile-ing’ Glenn and Abraham in Season 7.  Rick using Lucille to mete out his promised revenge on Negan would be gruesome, but let’s be honest, Negan deserves it!  So TWD fans, who do you want to will win? Be sure to check back in Fall 2017 when Season 8 of The Walking Dead begins.