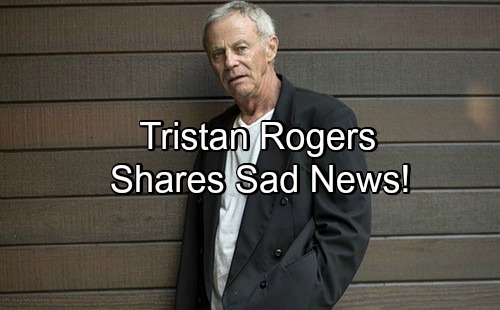 The Young and the Restless and General Hospital spoilers share Tristan Rogers sad family news. Tristan Rogers, famously known to daytime fans as General Hospital’s (GH) Robert Scorpio and The Young and the Restless’ (Y&R) Colin Atkinson has announced on his social media that his mother has passed away. He went on to describe his mother as wonderful and adorable and will miss her greatly.

It appears her passing was a bit unexpected, as he had shared with fans only 5 months prior that he had gone to Melbourne, Australia to see his mum in November, 2016 revealing she was in good shape.

Fans of ABC’s General Hospital enjoyed a brief return of Robert Scorpio in 2012, but were thoroughly disappointed, along with the actor, when he left after only appearing in a handful of episodes. He was quickly scooped up by CBS’ The Young and the Restless, where he became a contract player in the series as Colin Atkinson, the other half of the dynamic duo with Jill Abbott Atkinson (Jess Walton).

Although Rogers was able to bounce between GH and Y&R, it appears he will be staying for the time being with Y&R as he has announced that his character and his character’s wife, will be returning to Genoa City some time in June, 2017. How do you feel about Colin and Jill coming home and what does this mean for her health and his scheming? 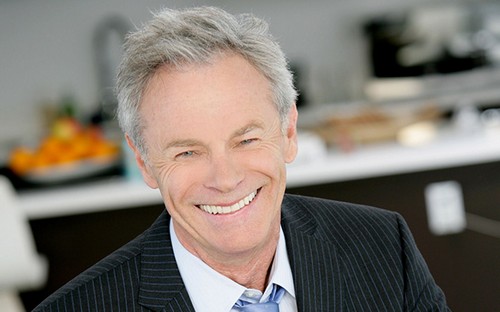