The Young and the Restless Spoilers: 4 Y&R Couples That Are Meant to Be – Reunions Fans Want to See ASAP

BY Heather Hughes on October 19, 2017 | Comments: one comment
Related : Soap Opera, Spoiler, Television, The Young and the Restless 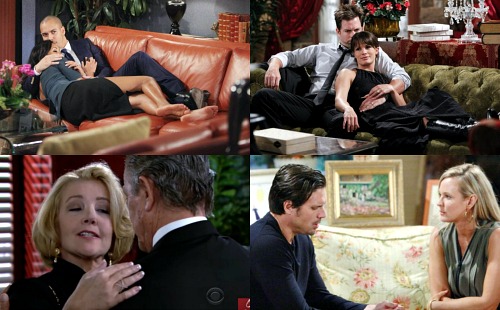 The Young and the Restless (Y&R) spoilers tease that we’ll see major storyline shifts and relationship adjustments. Whenever there’s a writing transition, viewers know to expect change! Perhaps it’s time to start inching toward some long-awaited reunions. Here are four Y&R couples that are meant to be.

It’s been awesome to see Nikki (Melody Thomas Scott) stand up for herself lately, but she’s proved her point. Nikki can’t stay mad at Victor (Eric Braeden) forever. They’re a classic Y&R pairing that just works. Nikki can have her fun with Jack (Peter Bergman), but Victor’s the one she’s longing for deep down.

The Young and the Restless spoilers suggest that Victor could make progress with Nikki soon. How long will it be before Nikki surrenders and moves back the ranch? Whether it’s weeks or months, it’s bound to happen. Victor and Nikki aren’t perfect, but they’re perfect for each other. 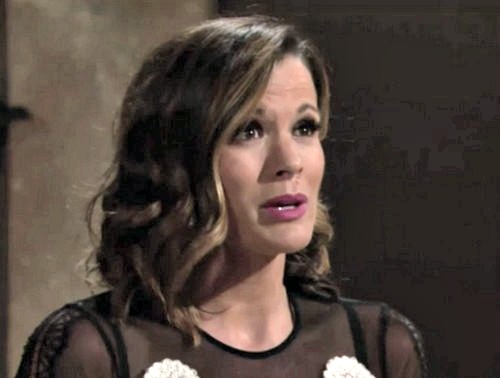 There’s been some Y&R buzz floating around about an Adam Newman recast. That would be a fantastic move since Adam is Chelsea’s (Melissa Claire Egan) one true love. Nick’s (Joshua Morrow) a good guy, but he just can’t compete. Adam and Chelsea have a history of beating the odds. Let’s hope Adam returns from the dead so they can do it again!

If Chelsea ends up back with Adam eventually, Nick’s going to need someone else in his life. Fortunately, he might have a soul mate waiting. Maybe The Young and the Restless needs to give us the next chapter of Nick and Sharon’s (Sharon Case) love story. Their renewed friendship is great, but it’d be nice to see a romance again.

Sharon and Nick have made plenty of mistakes over the years, but they’re different people now. They deserve a chance to explore a relationship at this stage of their lives. Many Y&R fans would love to see a “Shick” reunion down the road. 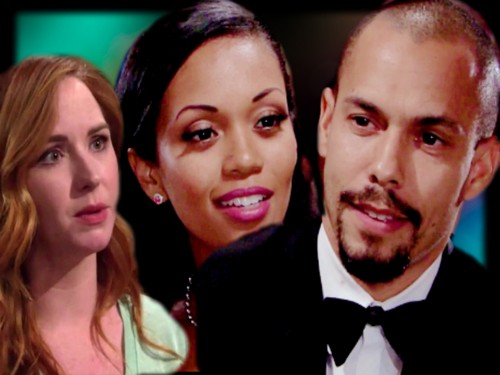 The Young and the Restless viewers can see this reunion coming from a mile away. Hilary (Mishael Morgan) and Devon (Bryton James) are destined to get back together. Jordan (Darnell Kirkwood) has been a total waste of time for Hilary. Likewise, Devon’s kidding himself if he thinks he has a real future with Mariah (Camryn Grimes).

Hilary and Devon can’t stop the passion they feel for each other. It sounds like Devon will just have to accept Hilary for who she is and find a way to deal with it. Bottom line, a hot reconnection is inevitable.

Are you rooting for these Y&R pairings? Do you agree that they’re meant to be? We’ll give you updates as other news comes in. Stay tuned to the CBS soap and don’t forget to check CDL often for the latest Young and the Restless spoilers, updates and news.