The Young and the Restless Spoilers: Billy and Cane Arrested, Wild Drunks Spend Night Behind Bars 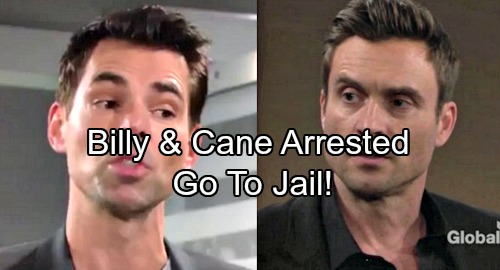 The Young and the Restless (Y&R) spoilers tease that more trouble is headed Billy’s (Jason Thompson) way. He stepped up to save Charlie (Noah Alexander Gerry), Mattie (Lexie Stevenson) and Reed (Tristan Lake Leabu) from the fire, but that won’t erase his previous actions. Billy will have some work to do if he wants to repair the damage.

Phyllis (Gina Tognoni) will continue to fume over the fact that Billy used her. His deception won’t be easy for her to get past. Meanwhile, Victoria (Amelia Heinle) will hold a grudge over Billy’s foolish decision at Brash and Sassy. He urged an unregulated manufacturer to speed the process along, which resulted in the toxic face masks. 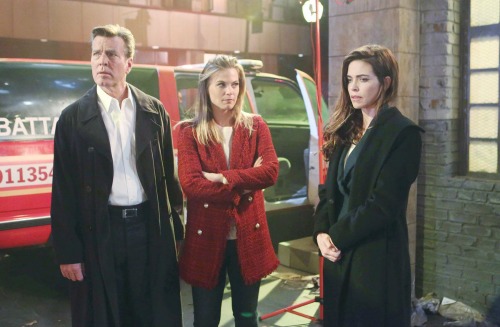 Billy will try to earn forgiveness from both the women in his life. Of course, time is probably the only thing that can heal these wounds. Billy almost died while saving Reed and his friends. If that didn’t convince Phyllis and Victoria to pardon Billy, then they obviously just need some space. There may not be anything Billy can say or do to win them over just yet.

Billy can handle Victoria’s outrage, it’s certainly nothing new in his history, but he’ll really want to make progress with Phyllis. Unfortunately, it appears the ban from her apartment is still on. Billy will need a place to crash, so he’ll end up staying with Cane (Daniel Goddard) and Juliet (Laur Allen). He’ll live at the Chancellor mansion as he waits for Phyllis to cave in.

Cane will truly appreciate the way Billy came to the rescue at The Underground. As a result, The Young and the Restless spoilers say Billy and Cane will put their old conflict to rest. They’ll even head out to get some drinks together. It sounds like they’ll enjoy an evening full of Y&R bromance.

As Billy and Cane fret over their rotten love lives, they’ll keep knocking back more alcohol. It won’t be long until they’re both completely plastered. The Young and the Restless spoilers say they’ll try to track down Phyllis and Lily in their drunken state.

This poor decision will have major consequences. Both Cane and Billy will be in handcuffs by the end of the night! They’ll be arrested and thrown in lockup, so some shocking moments are ahead. We’ll give you updates as other Y&R news comes in. Stay tuned to the CBS soap and don’t forget to check CDL often for the latest Young and the Restless spoilers, updates and news.