BY Marcy Cohen on November 18, 2017 | Comments: one comment
Related : Soap Opera, Spoiler, Television, The Young and the Restless 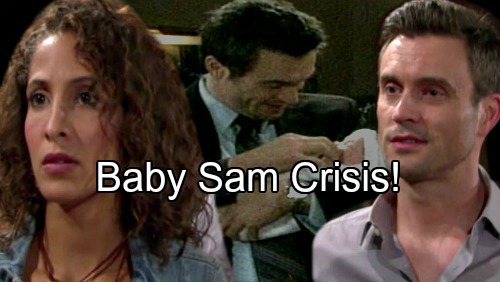 The Young and the Restless (Y&R) spoilers tease that Cane (Daniel Goddard) is in for another shock. He’ll get some news that affects his life in a big way and he won’t be sure how to handle it. Cane will feel like his world is crumbling down around him. What could be the reason for this stunning crisis? Perhaps more baby drama is coming up on the CBS soap.

Cane’s son is still struggling to survive, but this single dad is hopeful that his little one can pull through. However, Sam certainly isn’t out of the woods yet. If Sam faces a health setback, Cane will grow quite concerned. He’ll feel all alone as he tackles his sorrow and the potential of losing this baby.

Juliet’s (Laur Allen) death was bad enough, but Cane can’t bear to watch the kid slip away as well. He wasn’t exactly thrilled about Juliet’s pregnancy at first, but things are different now. This isn’t just the result of a one-night stand. It’s a fighting son that Cane knows he can love and guide through life. He’ll want the opportunity to take Sam places and teach him everything he should know. 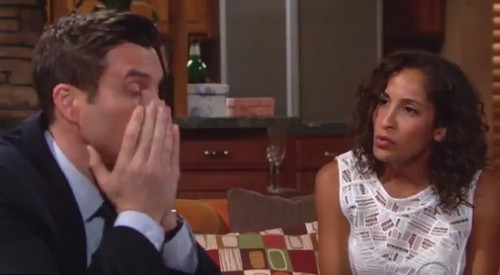 The Young and the Restless spoilers indicate that Lily (Christel Khalil) will remain in Cane’s orbit in the coming weeks. If Sam’s health indeed takes another hit, you can bet that Lily will be right back at the hospital. She’ll probably tell herself she’s supporting Cane as a friend and the mother of his other children. However, it’ll be more than that.

Lily is still in love with Cane and she must know that deep down. There’s a chance that Sam will be diagnosed with some sort of illness. It might be something that will require Cane to devote serious time and attention to caring for him. Whatever the case, Cane will really need someone to help him deal with the nightmare.

It’d be a great Y&R story if Cane and Lily could raise Sam together, so the tot will probably be OK. As for Lily and Cane’s relationship, this could be what helps them move toward reconciliation. Maybe Lily will realize that Cane’s truly sorry and has grown up a lot thanks to Sam’s ordeal.