The Young and the Restless Spoilers: Dina Drops a Bomb, Abbott Shocker Ahead – Jack and Ashley Flabbergasted

BY Heather Hughes on November 18, 2017 | Comments: one comment
Related : Soap Opera, Spoiler, Television, The Young and the Restless 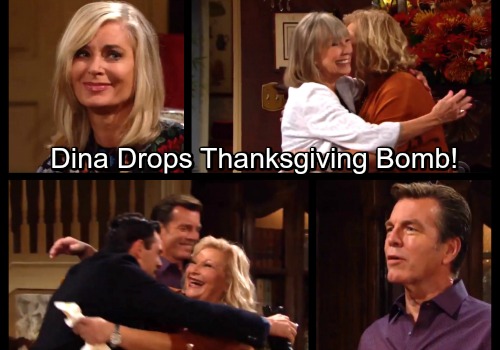 The Young and the Restless (Y&R) spoilers tease that Jack (Peter Bergman) and Ashley (Eileen Davidson) will put the family drama on hold. Now that they know Dina (Marla Adams) has Alzheimer’s, it’ll always be lingering in the back of their minds. They’re not sure how to handle her care, but there’ll be time to sort that out later.

Ashley and Jack will choose to put smiles on their faces. They’ll act like everything’s just fine so Dina will feel comfortable and everyone can relax. The Abbotts deserve a normal Thanksgiving, so that’s exactly what they’ll try to achieve. In fact, Jack will hope to make it the best one ever. He’ll undoubtedly coddle Dina a bit more since he knows the truth.

That could get Jack into some trouble with Nikki (Melody Thomas Scott). They’ll have a confrontation this week and it’ll probably be related to Dina. Nikki may continue to rant about the stabbing and Dina’s nasty attitude. Jack now understands it’s not Dina’s fault she’s behaving this way. If he sticks up for Dina without telling Nikki why, she may be furious.

Nevertheless, Jack will try to put all the negativity out of his mind. He’ll focus on his mother and siblings instead. Jack will be grateful that they’re all still around to sit at the table. He won’t know how many more Thanksgivings Dina will live to see. 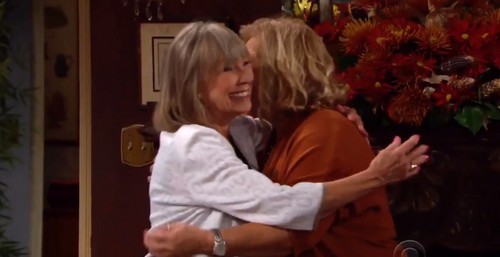 After Y&R’s holiday festivities wrap up, Ashley and Jack will sit down for a serious conversation with Dina. They’ll dread telling their mom about her Alzheimer’s diagnosis, but they’ll think she should know what she’s tackling. Dina still has many moments of clarity, so she deserves some honesty.

The Young and the Restless spoilers say that’s when Jack and Ash will get a major shock. Based on Dina’s comments and the role Graham (Max Shippee) played, it looks like she already knows. Ashley and Jack will wonder Dina why she didn’t tell them. They’ll feel like they could’ve helped her, but she’ll insist that’s not what she wanted.

Dina didn’t intend to stick around Genoa City this long, but she grew to care about her loved ones again. She probably didn’t want to be a burden, especially since she had Graham to watch out for her. Graham’s out of the picture for now, so it’ll be up to Jack and Ashley to watch out for Dina.