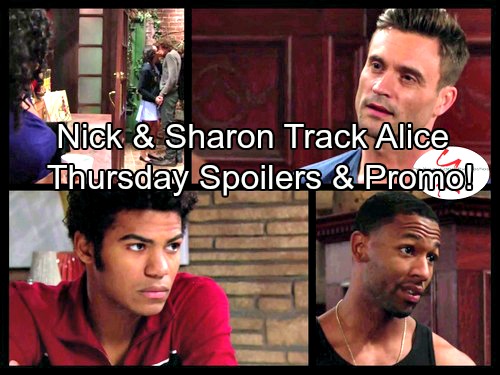 The Young and the Restless (Y&R) spoilers for Thursday, September 7, tease that Nick (Joshua Morrow) will worry about Sharon’s (Sharon Case) plan to sabotage Alice’s (Tamara Clatterbuck) car. She’ll think it’s necessary if they want the scoop. Sharon will mention the tracking device Nick once planted on Chloe’s (Elizabeth Hendrickson) vehicle. She’ll hope they can do the same thing here.

Alice will storm back in The Underground and gripe about her flat tire. When Nick fixes it, he’ll place the tracking device on her car. Meanwhile, Sharon will dig for more details on Alice’s career. Talk will turn to Cassie (Camryn Grimes) again. Alice will suggest that Cassie still speaks to her in dreams sometimes. 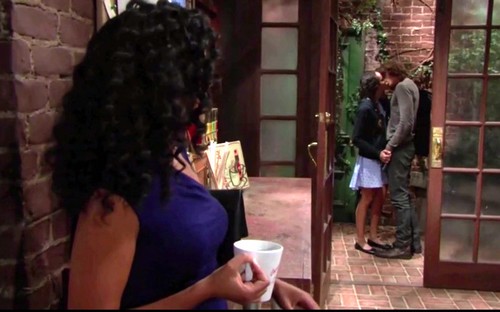 At the athletic club’s workout room, Tessa (Cait Fairbanks) will compliment Mariah (Camryn Grimes) on how hot she looks. Mariah will spot a notebook that contains lyrics about Crystal (Morgan Obenreder). She’ll feel guilty that she never thought to ask what Tessa’s sister is really like.

Tessa will urge Mariah to forget about it. She’ll insist that Mariah is the reason her life has fallen into place in Genoa City. After a text comes in from Sharon, they’ll head to The Underground. Once Tessa hears that Alice may be the sex ring den mother, she’ll be ready to rock and roll. Tessa will think they should head over to the nice neighborhood they tracked Alice to.

Nick will argue that it’s best to hold off and get real proof. Y&R spoilers say Sharon will promise to figure all this out. Across town, Hilary (Mishael Morgan) and Cane (Daniel Goddard) will compare notes on the Lily (Christel Khalil) situation. She’ll be frustrated by his lack of concern regarding Jordan (Darnell Kirkwood).

Cane will bring up the teen drama he’s facing, which includes Reed (Tristan Lake Leabu) and Mattie’s (Lexie Stevenson) romance. Later, Hilary will see Mattie kissing Reed at Crimson Lights. She’ll approach Mattie and note that she saw the steamy smooch. Hilary will think it’s wise to keep Victoria (Amelia Heinle) out of the loop. She’ll promise that her lips are sealed. 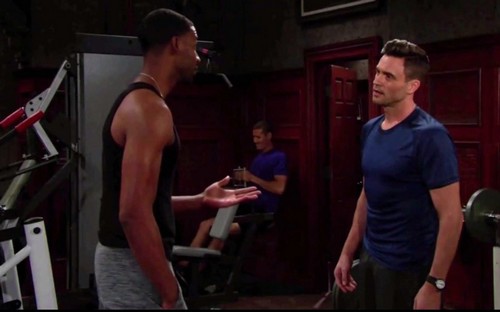 Back in the workout room, Jordan and Cane will bicker about Lily. The Young and the Restless spoilers say Jordan will contend that Lily doesn’t need Cane’s permission to talk to anybody. Cane will fire back that he’s quite protective of his family. At home, Lily will tell Charlie (Noah Alexander Gerry) that she may never be ready to take Cane back.

At Alice’s place, she’ll let Crystal know that they missed her. Crystal will promise that she’s not going to cause any more trouble. The Young and the Restless spoilers state that Alice will be glad to hear it. She’ll show Crystal some kindness and mention that the boss wants to meet her.

Zack (Ryan Ashton) will pop in on Friday, so Crystal is sure to be on edge. We’ll give you updates as other Y&R news comes in. Stay tuned to the CBS soap and don’t forget to check CDL often for the latest Young and the Restless spoilers, updates and news.