The Young and the Restless Spoilers: Chelsea Returns to the Dark Side – Disastrous Consequences for Hilary, Schemer Finally Pays 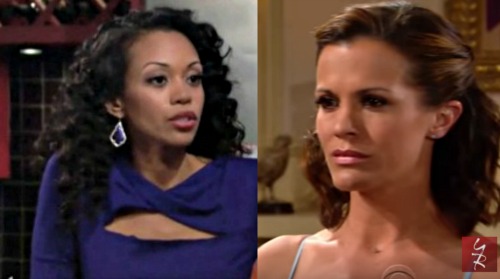 The Young and the Restless (Y&R) spoilers tease that Hilary (Mishael Morgan) will continue to cause drama. She warned Chelsea (Melissa Claire Egan) that there would be trouble if she didn’t cooperate. Hilary will expose Chelsea as Jordan’s (Darnell Kirkwood) partner in crime and all the dirty details will come out.

Chelsea will be stunned by Hilary’s latest move. She used to help Jordan swindle elderly women and now it’s coming back to haunt her. The Young and the Restless spoilers say Nick (Joshua Morrow) will confront Chelsea about stooping so low. He’ll accuse her of trying to con him, which will only add to Chelsea’s anger. It sounds like Nick and Chelsea’s relationship will be hanging by a thread. 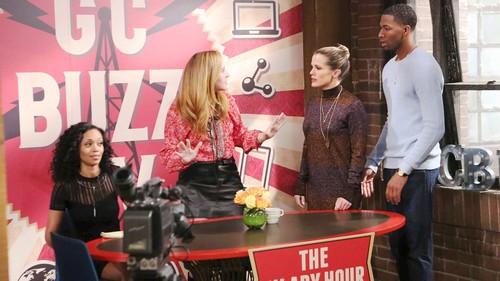 Of course, this news could affect Chelsea’s business as well. Her name is her brand! Chelsea 2.0 could take a serious hit if this story really spreads. As her life falls apart, Chelsea will become completely enraged. Since Hilary was so intent on exposing Chelsea’s dark side, perhaps it’s time for Chelsea to return to it. Hilary may have met her match.

Many Y&R fans feel like Hilary gets away with far too much. Troublemakers are fine (and fun) on a soap, but they shouldn’t always get off scot-free. Every now and then, someone needs to come along and make the pest pay. Chelsea might be just the person to do that.

Jordan will certainly want to pitch in if he can. Hilary called his bluff on the nude photos, but that was risky. How can she know for sure that Jordan doesn’t have copies? If Jordan manages to produce those scandalous pics, a sneaky plan could form. 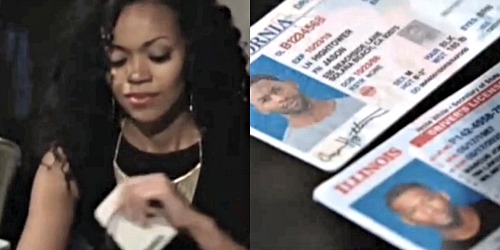 Chelsea made a deal with Hilary to promote some of her designs on the air. Maybe she could promote Hilary in her birthday suit instead! Chelsea could find a way to make those photos The Hilary Hour’s top story. Can you imagine the look on Hilary’s face?

If Chelsea wanted to take her revenge a step further, she could dig for even worse dirt. It’d be nice if Chelsea could put Hilary behind bars. Hilary wouldn’t stay locked up for long, but she needs to sweat a little. The Young and the Restless spoilers say Chelsea might be a formidable foe. There’s a good chance Hilary will regret messing with her by the end of all this.

Do you think Chelsea will turn the tables? Will she show off some old skills and make Hilary pay for once? We’ll give you updates as other Y&R details emerge. Stick with the CBS soap and don’t forget to check CDL often for the latest Young and the Restless spoilers, updates and news.