The Young and the Restless Spoilers: Chloe Exposed as Adam’s Killer – Scott Discovers Victor to Blame for Son’s Death? 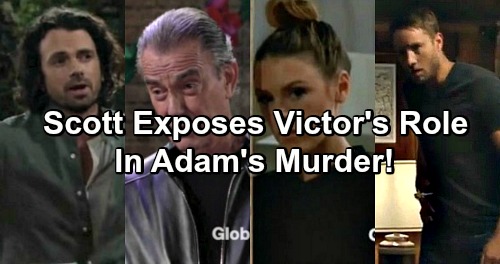 The Young and the Restless (Y&R) spoilers tease that Chloe’s (Elizabeth Hendrickson) heinous actions are finally catching up with her. She’s starting to panic as this situation spirals out of control. However, Chloe isn’t the only one who’s guilty of hurting Adam (Justin Hartley) and his loved ones. In fact, there’s someone else who’s arguably far more culpable.

Y&R fans will recall that Victor roped Chloe into his evil scheme. He was behind bars when their plot first began. Victor fabricated the evidence to get Adam locked up. If he hadn’t contacted Chloe and provided all the resources, it’s doubtful that she could’ve pulled it off. 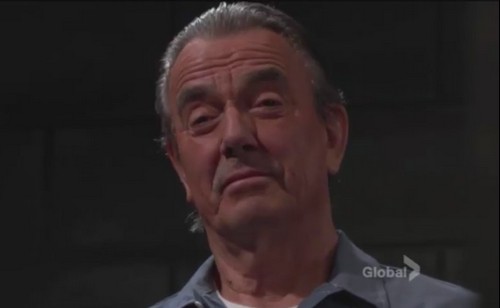 Victor eventually had a change of heart, but Chloe refused to give up her chance at revenge. We can’t blame her too much. After Delia’s (Sophie Pollono) death, Chloe really went off the rails. It’s clear that she’s mentally unstable. Chloe can fake it and carry on a fairly normal life, but she’s still deeply disturbed.

Of course, Victor became the town saint after the head writer change. Will Victor actually pay for encouraging an unhinged woman to seek vengeance on his own son? He preyed on Chloe’s grief and emotional trauma. Victor has been snapping at Chloe like she’s scum, but who’s the real monster here? 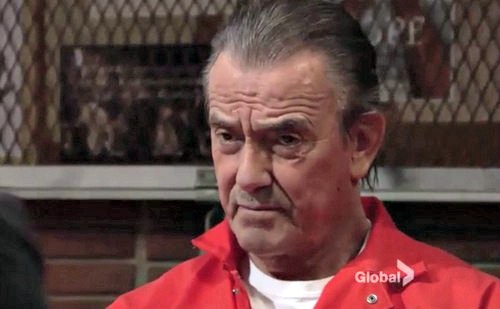 Since Victor is now portrayed as a cuddly teddy bear, he might avoid major backlash. If he does take some heat, there probably won’t be lingering consequences. The Young and the Restless viewers know that Victor always manages to wiggle out of his jams.

Nevertheless, Victor could have at least a little trouble headed his way. Scott (Daniel Hall) has agreed to write Victor’s memoir, but he promised that he would dig for the truth. He won’t accept anything less than full honesty. Will Scott learn about Victor and Chloe’s former partnership? 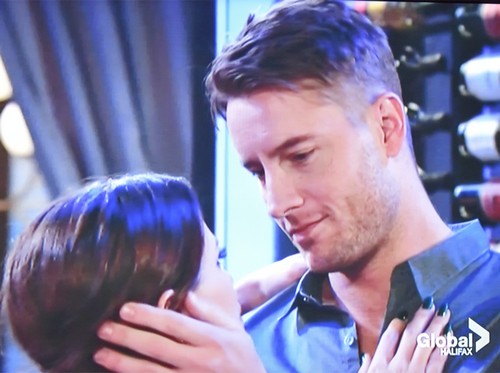 Adam would likely still be alive if Victor had simply left Chloe alone. He didn’t count on her going rogue and sparking an explosion that seemingly killed Adam. Victor has other secrets as well. Scott could somehow figure out Victor is hiding Christian’s (Jude and Ozzy McGuigen) paternity.

There’s no limit to what Scott can uncover. Investigative journalism is his specialty. Will Victor merely get a slap on the wrist once Chloe’s dirty deeds are exposed? Is he just as guilty in all of this? We’ll give you updates as other Young and the Restless news comes in. Stay tuned to Y&R and don’t forget to check CDL often for the latest Young and the Restless spoilers, updates and news. Please come and join in the LIVE discussion on our Facebook Page!