The Young and the Restless Spoilers: Comings and Goings The Week of September 18 – Casting News 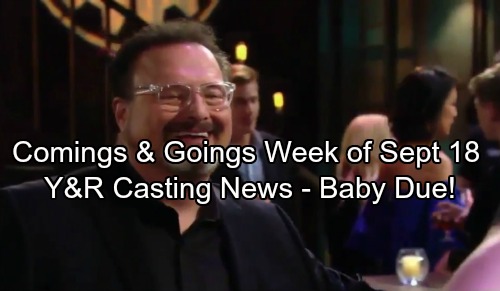 The Young and the Restless (Y&R) spoilers reveal a fan favorite will appear on the CBS soap opera during the week of September 18. Find out the details surrounding the latest coming and goings below.

Beth Maitland, who plays Traci Abbott, will return on October 9. The Y&R buzz claims that she will have to come back for a family crisis that hits surrounding Dina Mergeron (Marla Adams). Ashley Abbott (Eileen Davidson) is on her way to figuring out Graham’s (Max Shipee) secret. Is Traci returning to help the Abbotts confront Dina about her companion or deal with the fallout of Ashley’s paternity reveal? Keep watching The Young and the Restless to find out.

Another Newman is headed for Genoa City. Wayne Knight who is famous for his role as Newman on Seinfeld, will appear Thursday, September 21 and Friday, 22 as Irv West in two episode arc. He will be a music promoter who shares scenes with Tessa Porter (Cait Fairbanks), Mariah Copeland (Camryn Grimes), Noah Newman (Robert Adamson), Sharon Newman (Sharon Case), and Scott Grainger, Jr (Daniel Hall). 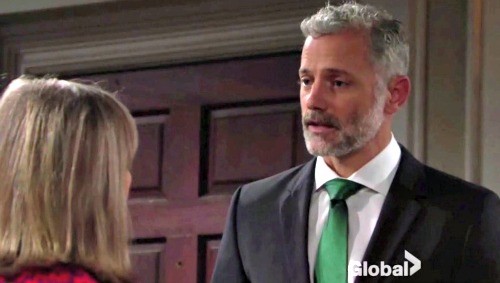 Knight was a good sport and poked fun at being another Newman in town. Wayne said after his day was over, he was exhausted. He said doing a soap opera is much faster paced work than filming prime-time shows.

Tamara Clatterbuck returns as Alice Johnson on this week’s new Y&R episodes. Sharon presses harder to figure out for sure if Alice is running the sex ring in Genoa City. Sharon will make a risky move, and it puts Alice in a dangerous spot. It’s pretty clear that Sharon is going to figure out that Alice is involved in the sex ring, but it could put her life in danger. The Young and the Restless spoilers tease that Nick Newman (Joshua Morrow) will save his ex-wife from the danger she puts herself in.

Jason Thompson’s wife, Paloma Jonas will have her second baby any day now. The little girl is due and September, as Thompson told People, and should compliment their little boy Paloma gave birth to last May, Bowie Banjo. Thompson revealed that their baby’s delivery would not affect his work as Billy Abbott on The Young and the Restless. Thank goodness!

It looks like a great week ahead. Do you think Traci will return to help with the Graham situation? What will happen between Alice and Sharon? Stick with CDL for more The Young and the Restless (Y&R) spoilers, news, and casting updates!