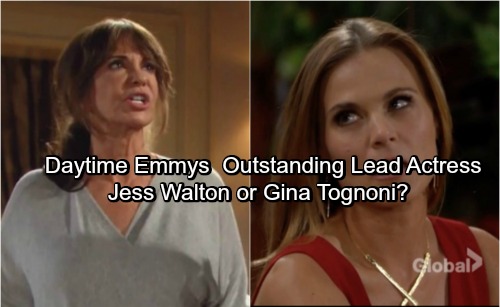 The Young and the Restless spoilers document that five solid actresses were nominated in the 2017 Daytime Emmy Awards Outstanding Lead Actress category. Ranking with those who are considered the best of the best is always an honor unto itself. But let’s focus specifically on Y&R’s own Jess Walton (Jill) and Gina Tognoni (Phyllis).

The other three actresses who were nominated include: Nancy Lee Grahn (Alexis, General Hospital), Heather Tom (Katie, The Bold and the Beautiful. Tenured Y&R fans know that she also portrayed Vickie many years ago in Genoa City) and Laura Wright (Carly, General Hospital). 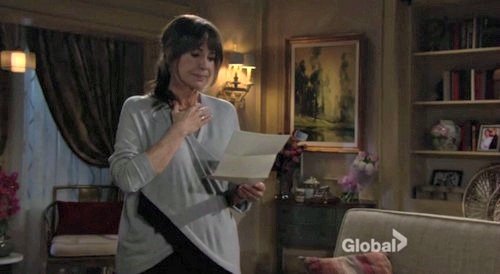 Walton’s enduring run on Y&R began in 1988. Her chemistry with the late, infinitely great Jeanne Cooper (Katherine Chancellor) was legendary. Together they formed the most dynamic duo in this show’s history. Fans of the Victor (Eric Braeden) and Jack (Peter Bergman) pairing might argue, but this scribe places that tandem at number 2.

Jill returned to town last year intent on restoring order. Her revamp of the Chancellor mansion garnered many fan’s applause, as its moody blue interior just wasn’t right. The efforts she made to spark a reunion with Billy (Jason Thompson) and Vickie (Amelia Heinle) helped that former couple to make progress and possibly reach the finish line in the near future. 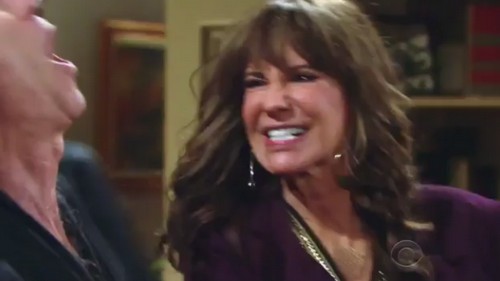 Convincing Esther (Kate Linder) to return to her post at the Chancellor estate also enabled delicious banter to take place between Jill and that iconic maid character. By also taking control of Brash and Sassy, Jill reestablished her force of nature status.

The Young and the Restless readers should be aware that Colin, as played by Tristan Rogers, didn’t return to Genoa City until 2017. Rogers’ return to the cast fell after the marking period for this year’s awards. 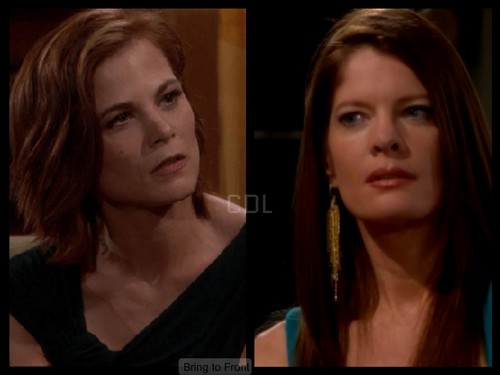 Tognoni was cast to become Phyllis in 2014. She assumed the role that Michelle Stafford made famous. It’s very challenging for anyone to create a fresh version of a well-known character, especially within this genre. But time has proven that Y&R made the right choice with this hire. 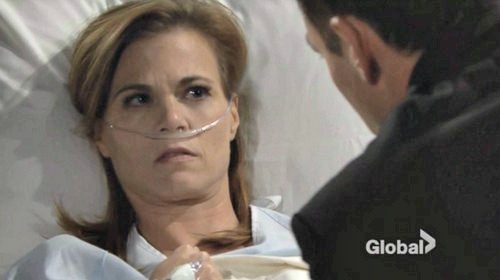 Tognoni’s more vulnerable version of Phyllis is compelling. Working through the end of her marriage to Jack, while also creating a relationship with Billy were equally challenging assignments. Solid writing has also allowed Tognoni’s dramatic chops to have been nicely balanced by her comedic abilities in many light-hearted scenes. Most fans now see Tognoni as Phyllis and that, in and of itself is outstanding.

Well now that the 2017 Daytime Emmy award show is over we can congratulate Gina Tognoni on a spectacular win and offer congratulations to all the nominated actors. For a complete list of all results Emmy results Click Here! CDL is a leading source for everything linked to The Young and the Restless. Check back regularly for Y&R spoilers and news!