The Young and the Restless Spoilers: Double Wedding Shocker – Philly and Chick Elope – Get Married In New Orleans?

BY Joanna Mazewski on November 27, 2017 | Comments: one comment
Related : Soap Opera, Spoiler, Television, The Young and the Restless 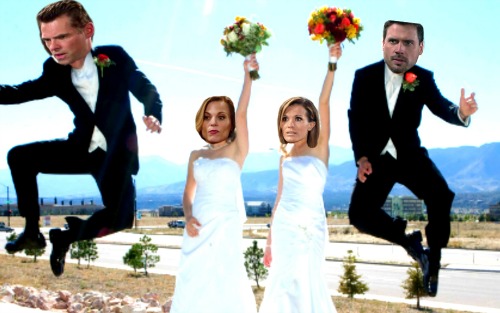 The Young and the Restless (Y&R) spoilers tease that Genoa City might be rocked by two major wedding announcements soon enough. As a matter of fact, according to Y&R buzz on the net, two couples, Phyllis (Gina Tognoni) and Billy (Jason Thompson) – and Nick (Joshua Morrow) and Chelsea (Melissa Claire Egan) – unexpectedly got married during their recent boozy trip to New Orleans.

The Young and the Restless fans should note that there is no official word from Y&R of any marriage taking place in New Orleans on the recent Thanksgiving trip sponsored by Billy Abbott. The narrative of what took place in NOLA is as follows: after one thing leads to another, Phyllis and Billy along with Nick and Chelsea find themselves married after one too many drinks in the Big Easy. 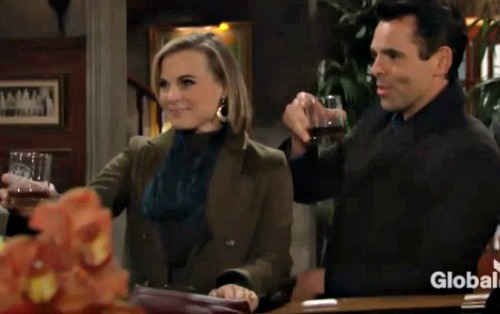 If that weren’t enough, both couples allegedly do the wedding walk of shame right off the Abbott Family private yet. Little do they know that their major secret will leave everyone completely shocked once the truth comes out in Genoa City.

Of course, Billy is mostly concerned that his dear brother Jack (Peter Bergman) won’t be happy when he finds out that brother Billy is now married to his ex-wife. Furthermore, Jack and the Abbotts are also dealing with grave matters, including Dina and her Alzheimer’s disease. It’s safe to say that now is not the time to announce that Billy and Phyllis are married. 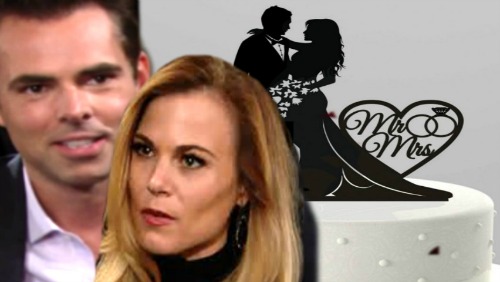 And while everyone is trying to keep their secrets well hidden, it naturally won’t take long for the cat to come out of the bag if in fact anyone got married. During the new Y&R November 27 episode, Billy and Phyllis run into Chelsea and Nick at the GCAC bar. Billy orders drinks for everyone of course and it doesn’t take long for Phyllis to call Chelsea and Nick their “partners in crime” only for Billy to add, “and their partners in…” before he tapers off.

Naturally there are possibilities other than marriage to which this gang of four could be referring and before too long more clues will leak out. One important element in the mix here is that Sharon Case (Sharon) in a recent interview with SID went on about how her character and Nick are soul mates – implying strongly that TPTB at Y&R may well have a Shick reunion in mind. This obviously doesn’t fit with Chelsea and Nick getting married during their New Orleans getaway.