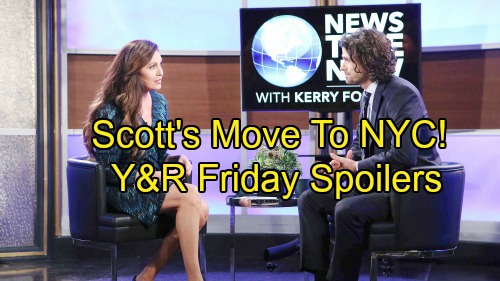 The Young and the Restless (Y&R) spoilers for Friday, December 1, tease that Ashley (Eileen Davidson) will receive some infuriating news. Abby (Melissa Ordway) knew Victoria (Amelia Heinle) was going to fire her, so she decided to walk away. When Ashley gets updates on the latest conflict, she’ll be furious with Victoria and even more upset that Victor (Eric Braeden) let this happen.

Ashley will rant about everything Abby’s been through. She’ll be appalled by the cruelty Abby’s facing. The Young and the Restless spoilers say Ashley will confront Victor about making things harder on their daughter. She’ll gripe about Abby being pushed out of her job after all she endured.

Victor may point out that Abby’s the one who quit. Ash might wonder what Victor expected. Everyone was trying to throw Abby under the bus and Victoria was going to can her anyway. Maybe Ashley can find a place for Abby at Jabot and help her get a fresh start.

Meanwhile, Sharon (Sharon Case) will contemplate a big decision. She’ll fill Nick (Joshua Morrow) in on her new plan, but there’s a good chance he won’t like it. Y&R spoilers say Sharon will want Scott (Daniel Hall) to move in with her. She’ll mention her idea to Nick and ask what his thoughts are. 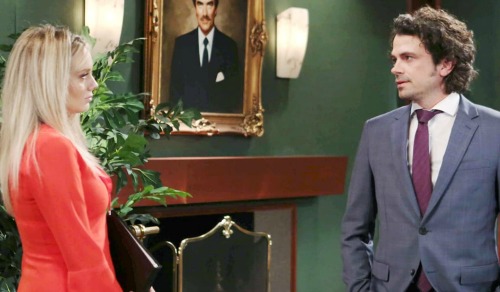 Nick will be taken aback, especially since Faith (Alyvia Alyn Lind) spends a great deal of time at Sharon’s place. He still doesn’t trust Scott, so he might advise against taking this bold step. Nevertheless, Sharon is determined to keep Scott from straying. She thinks a daring gesture may be the only way to prevent Scott and Abby’s romance.

Will Sharon take Nick’s advice or follow her wild heart? Is Scott even ready for this phase of their relationship? The Young and the Restless spoilers state that Sharon and Scott will face more troubles soon. Their bond could be shattered once Scott and Abby’s hookup comes to light. 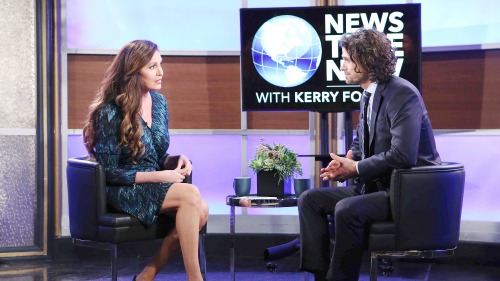 Before that drama hits, there’ll be another issue. Scott will get a job offer that could take him away from Genoa City. He’ll consider moving to New York for this fantastic opportunity. Will Sharon beg Scott to stay? Will Abby be part of Scott’s decision to stick around?

It sounds like Y&R fans are in for some gripping moments. We’ll keep you posted as other details emerge. Keep watching the CBS soap and don’t forget to check CDL often for the latest Young and the Restless spoilers, updates and news.