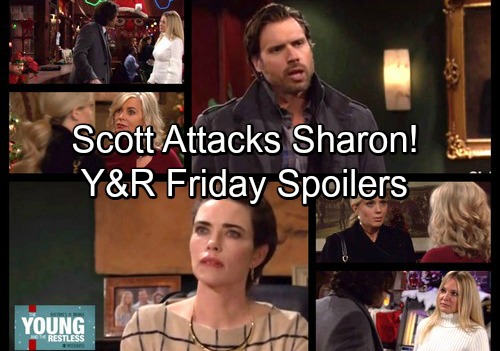 The Young and the Restless (Y&R) spoilers for Friday, December 8, tease that Nick (Joshua Morrow) will have a problem with Victoria’s (Amelia Heinle) attitude. He’ll continue his mission to save Chancellor Park in this episode. Nick hopes to stop the developer from putting up condos, but Victoria may not care. She’ll be more focused on ruthless strategies and dirty secrets.

Nick will realize Victoria is turning into their father. Victor (Eric Braeden) has obviously taught his daughter well. Nick will ask if this is why Victoria came back to Newman Enterprises. He’ll wonder if Victoria wants to show everyone that she’s just as bad as Victor is. Y&R spoilers say Victoria will take umbrage and fire back. She’ll refuse to accept that she’s Victor 2.0, but we all know it’s true. 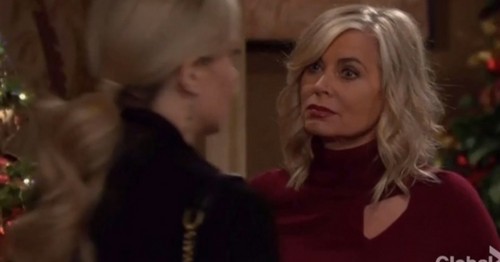 There’ll be another round of drama across town. Thursday’s episode brings a confession that will heavily influence the action to come. Scott (Daniel Hall) admits he can’t get Abby (Melissa Ordway) off his mind. Ever since they had sex, Scott’s been longing for more. Nevertheless, he’s committed to Sharon and doesn’t feel like Abby’s the right match.

On Friday, Abby will struggle to let it go. It appears Ashley (Eileen Davidson) will push for Abby’s permanent return to Jabot. If Abby refuses, Ashley may suspect this has something to do with Scott. The Young and the Restless spoilers say Abby will shut down that idea. She’ll contend that the last thing she needs is Scott getting in her face, but Ashley may not be convinced.

Sharon’s suspicions should rev up, too. Scott will have a major outburst when Sharon mentions Nick. He’ll think Sharon wants him to be more like her ex, but he’ll snap that it’s not happening. Scott will lash out as Sharon stands there looking hurt and bewildered. 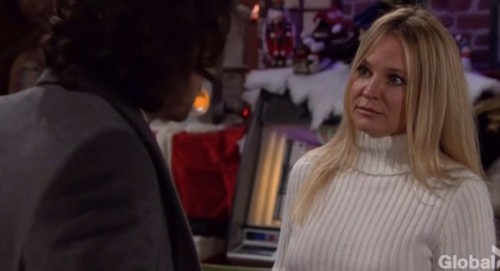 Sharon may wonder where all this is coming from. Her comments probably won’t be that outrageous, but Scott’s feelings for Abby undoubtedly have him on edge. Since he’s torn between two women, Scott may subconsciously be looking for ways to sabotage his relationship with Sharon.