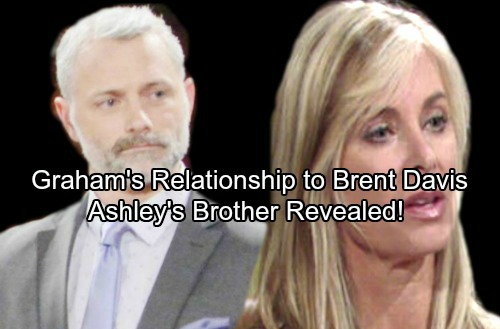 The Young and the Restless (Y&R) spoilers tease that Ashley (Eileen Davidson) will make a shocking discovery this week. Dina (Marla Adams) will become fed up with Ashley’s constant criticism of Graham (Max Shippee). When Ash insists that Graham is hiding something, Dina will urge her to rummage through his room and see for herself.

Ashley will gladly accept the key to Graham’s suite. While Graham’s away in Paris, Ashley will take a look around to see what she can find. To her surprise, she’ll stumble across an invoice for a retirement home. Ashley will notice Graham’s mother is living there, so she’ll definitely be taken aback.

Since Graham previously suggested that his mom was dead, Ashley will feel like she has solid proof that he’s a liar. The Young and the Restless spoilers say Ashley will assume it’s only the first fib of many. She’ll believe Graham has been playing Dina and the Abbott clan the entire time. 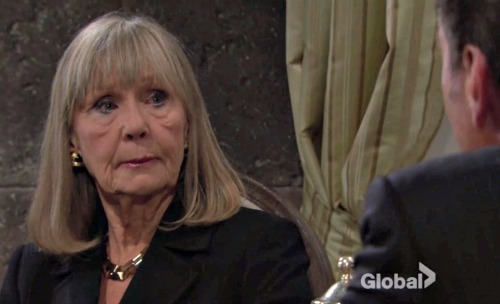 Ashley will vow to discover what else Graham has been keeping under wraps. However, Ashley could be setting something catastrophic in motion. Graham’s remaining secrets could have a significant impact on Ashley’s family. By digging too deep, Ashley could turn her whole world upside down.

Dina (Marla Adams) has been hiding her Alzheimer’s diagnosis, but this is far bigger than that. There’s a reason that Graham is helping Dina and Ashley may not like what it is. Is Graham the son of Brent Davis?

Y&R buzz says Brent had a child with another woman and Dina took him under her wing later. To return the favor, Graham has devoted his life to assisting Dina in her final years. Obviously, this news could rock Ashley to the core. It would make Graham her half-brother!

Even if Graham is tied to Brent in some other way, there has to be a connection. It’s clear that Ashley’s paternity secret has resurfaced for a reason. Graham and Ashley being related would really add to the drama of the big reveal.

The Young and the Restless spoilers tell us that Graham will be involved in bringing all this to light. Who knows how he’ll react if Ashley pushes too hard? Whatever the case, Y&R spoilers say Ashley will feel like she has nowhere to turn during the week of September 18-22. She’ll face intense pressure and that could mean her secret is on the verge of exposure.