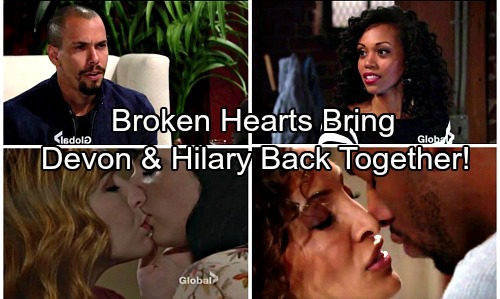 The Young and the Restless (Y&R) spoilers tease that some major relationship shakeups are coming up. First, it looks like Jordan (Darnell Kirkwood) and Hilary (Mishael Morgan) will reach the end of the road. On Wednesday’s Y&R episode, he’ll let her know that their relationship isn’t working. Between Hilary’s jealousy and Jordan’s crush on Lily (Christel Khalil), there was no way their romance could last.

Of course, Hilary also has some lingering feelings for Devon (Bryton James). She’s battling jealously on that side of things as well. Hilary and Mariah (Camryn Grimes) were already enemies, so the fact that Mariah and Devon are dating certainly hasn’t helped. It’s clear that Hilary tries to push Mariah’s buttons as often as she can.

Devon obviously has some love left for Hilary. There was tension between them for a while, but that seems to have lifted. They’re in a relatively good place and that could escalate to burning desires soon enough. The Young and the Restless spoilers hint that we could see Devon and Hilary’s spark reignite.

Once Jordan dumps Hilary, she’ll undoubtedly pine for Devon. She might even reach out to him for comfort. If Mariah spots a close moment between them, it could send her running to Tessa (Cait Fairbanks). It might lead to another kiss and perhaps an admission of their feelings for each other. 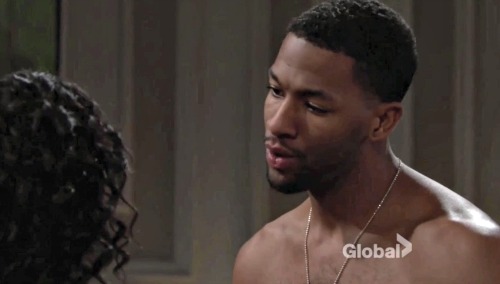 Still, Tessa and Mariah might decide to mull this over before doing anything drastic. They both care about Noah (Robert Adamson) and wouldn’t want him to get hurt. Mariah might try to keep Devon in her life, too. Tessa could talk Mariah off the ledge and they might continue their current relationships.

However, it wouldn’t be long until Tessa and Mariah were back at it again. Their romance is building slowly, but it’s bound to explode at some point. Mariah could do the right thing and dump Devon beforehand, but there’s also a chance she’ll get caught cheating. Either way, Devon may get his heart broken. If so, you can bet Hilary will pick up the pieces!

Whatever the case, it sounds like Devon and Hilary will get back together eventually. “Hevon” fans are anxiously awaiting their reunion and they should get their wish. We’ll give you updates as other Young and the Restless news comes in. Stick with Y&R and don’t forget to check CDL often for the latest Young and the Restless spoilers, updates and news.