The Young and the Restless Spoilers: Is Lily Being Too Hard on Cane – Should She Forgive or Divorce Her Husband?

BY Cristie Geroux on August 3, 2017 | Comments: one comment
Related : Soap Opera, Spoiler, Television, The Young and the Restless 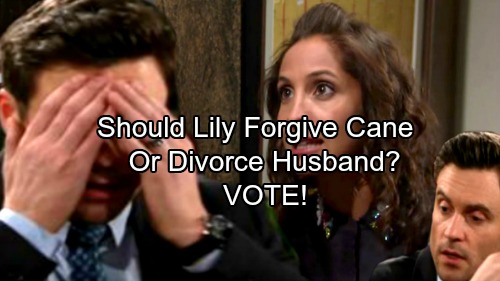 The Young and the Restless (Y&R) spoilers reveal Lily Winters Ashby (Christel Khalil) has been having a hard time with her husband, Cane Ashby (Daniel Goddard), after she learned he spent a drunken night with Juliet Helton (Laur Allen), resulting in a DNA test, confirming he is the father of her unborn baby. But some fans quip that Lily is being far too hard on Cane, especially after her affair with Cane’s former friend, Joe Clark (Scott Elrod).

How do you feel about the situation and Lily’s reaction – Is she being too hard on Cane or should she kick him to the curb and divorce the scoundrel? Y&R fans will remember Lily Winters is not a saint herself, even though she attempts to portray herself without flaws. When she was a teenager, she fell prey to internet predator, Kevin Fisher (Greg Rikaart), who later raped her and gave her an STD. She was in a ‘Romeo & Juliet’ relationship with Daniel Romalotti (Michael Graziadei), even marrying him in 2006. 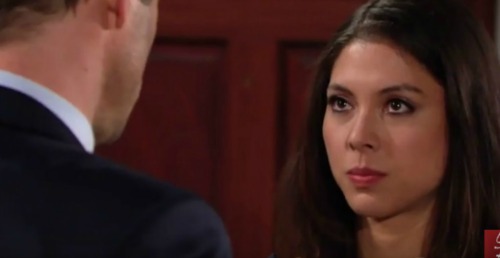 One might feel that Cane and Lily are soul mates, but if that were the case, how come Lily gets jealous of most of the men in her life when women pay attention to them? Tyler Michaelson (Redaric Williams), is a prime example of her jealous behavior – when he began dating Abby Newman (Melissa Ordway), neither one understood why she would be jealous of the man who was stalking her and obsessed with her but the funny thing is she has the same jealous feeling when it comes to Jordan Wilde (Darnell Kirkwood) and his relationship with Hilary Curtis (Mishael Morgan)

The Young and the Restless spoilers reveal Cane Ashby may not have been responsible for the night he spent with Juliet since he was clearly inebriated but his actions after that have been questionable at best, and some viewers feel Cane deserves everything Lily is throwing his way. 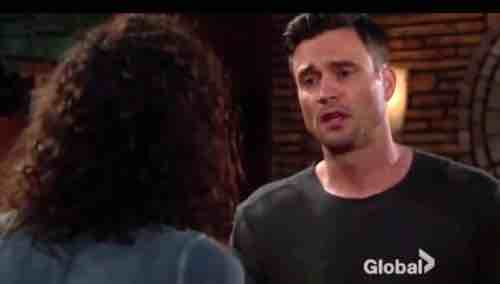 Cane cost Lily a huge modeling opportunity and after the photographer blackmailed him, he drained the twins’ education fund and paid him off without telling Lily everything that is happening. Should he have trusted more in his marriage and wife, fans may have felt differently about how Lily is treating Cane.

Do you think Lily is being too hard on Cane and should forgive him or does he deserve everything coming his way and Lily should cut her losses and kick him to the curb? Please vote and let us know what you think.