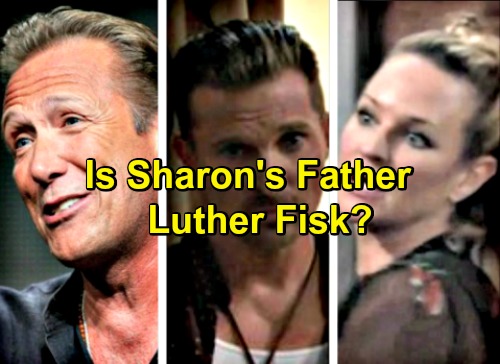 The Young and the Restless spoilers tease that Walt Willey’s addition to the cast will deepen Sharon’s (Sharon Case) backstory, while also enabling Steve Burton’s character (Dylan) to disappear. It appears as though Willey will be playing the part of Luther Fisk, Sharon’s father, a drug lord Dylan is attempting to bring to justice. The looming confrontation will serve to end Dylan’s days on Y&R.

The Young and the Restless spoilers know that Dylan will make progress insinuating himself into Fisk’s regime as Derek Young. Due to Burton’s real life exit plan, Dylan’s success will prove fleeting. A fateful decision will be made and Sharon will lose her husband. However, she will gain a shady father, eventually. 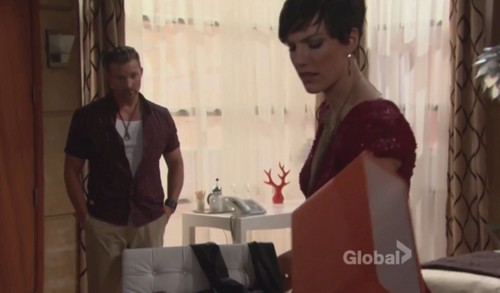 Any daytime character can return from the great beyond after he, or she has been killed off. But in this instance it appears as though Dylan will simply disappear from the soapy landscape and be presumed dead.

Sharon’s rarely referenced personal history was initially limited to Doris Collins (Karen Hensel) and Cassie (Camryn Grimes). Sharon grew up in Madison, Wisconsin, with her single mother who was paralyzed. Sharon’s only known daughter was given up for adoption. A famed arc later brought Cassie into the story early in Case’s Y&R career. 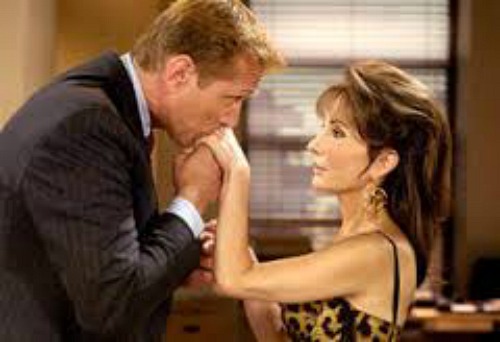 Of course Grimes later played Mariah, Cassie’s twin, who was stolen from Sharon at birth. But the invention of Mariah (in 2014) at least allowed Sharon’s personal ties to be lengthened by one.

Hensel was last seen on Y&R in the earlier part of this decade. That’s when Doris returned during the Shadam era, believing that her daughter was killed in a car accident. After Sharon was found alive, Doris tried to convince her to start a new life.

Various Y&R fans may likely agree, but it’s seemed strange that numerous head writers have never opted to extend Sharon’s backstory. Whatever justification could be offered in this regard wouldn’t seem logical either. 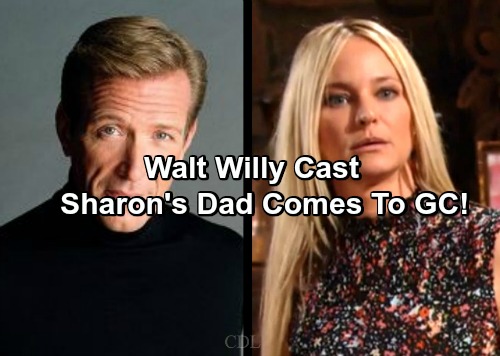 Willey’s addition to the cast is interesting in many ways. One of them involves Y&R’s choice to pick from a deep bench of former soap stars whose faces are familiar to fans. The small number of currently-running broadcast network soap operas (four) has left many solid actors with a lack of viable options within their main field of work.

All My Children’s Jack Montgomery was only ever played by Willey. His run on that classic soap lasted from 1987-2011, when AMC’s run ended on ABC. So fans of the genre will certainly be happy to see a familiar face again.

Are you dreading Dylan’s demise and departure from Y&R at the hands of Luther Fisk, who may very likely turn out to be Sharon’s long lost father? CDL is a leading source for everything linked to The Young and the Restless. Check back regularly for Y&R spoilers and news! Come and join in the LIVE discussion on our Facebook Page!