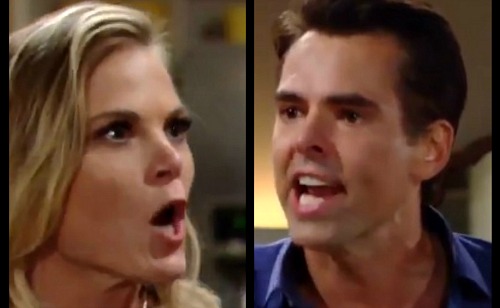 The Young and the Restless (Y&R) spoilers documented Jack’s (Peter Bergman) many moves against his brother. One part of Jack’s layered war plan proved successful now that Billy (Jason Thompson) has been called out by Phyllis (Gina Tognoni). Whether Brash and Sassy will be taken down is another question.

Jack allowed Phyllis to stay on at Jabot after Phack divorced because he didn’t want to let go of his true love. Jack also felt Phyllis would be a useful business tool. Her subsequent departure resulted in a boomerang back to Jack when Fenmore’s and Jabot coupled, on Lauren’s (Tracey Bregman) terms.

Having Phyllis positioned within Billy’s life proved fortuitous. Jack was merely waiting for his dopey brother to repeat his lifelong self-destructive pattern. When Billy’s zeal got the best of him, he commandeered Phyllis’ corporate laptop in order to access and then download confidential files. But his older brother proved one step wiser yet again.

Ravi (Abhi Sinha) and Ashley (Eileen Davidson) were against it, but Jack opted to feed Billy false information once TPTB at Jabot learned that espionage had been committed. Jack’s offensive reaction coerced Brash and Sassy to make a major investment in its men’s line because Vickie (Amelia Heinle) and Billy thought Jabot decided to ignore that part of its business, thereby giving Brash and Sassy an opening in the market. 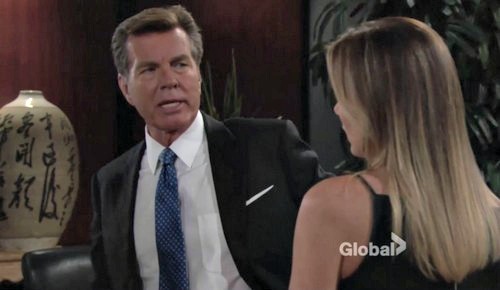 Jack suspected that pitting Phyllis against Billy would lead to Philly’s breakup. He never believed his ex-wife and brother were anything more than a revenge plan against him. That was partially true in Billy’s case, but only when Philly initially formed.

Stopping Brash and Sassy will be much harder. Despite the company’s financial issues, there is a guardian angel waiting to help save Vickie if need be, though Jack would never tag Victor (Eric Braeden) with a Heavenly moniker.

Vickie’s collapse will push Brash and Sassy to the brink. Prior to that development Jack had already given Phyllis the go-ahead to push the men’s line release button. Jabot’s CEO believes doing so could deliver a knock-out punch to its local rival.

Jack doesn’t know it, but Billy and Victor have already formed an unholy alliance. Billy was grudgingly willing to accept Victor’s input because he shares The Moustache’s feelings about thwarting Jack and is willing to do anything to save Vickie’s company. 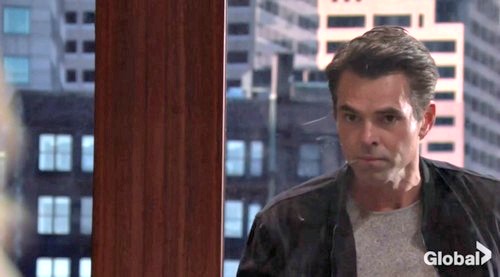 Victor’s recent request for Billy’s help in regaining Vickie’s trust may have been partially genuine, even if it’s part of a larger plan. In either instance, Jack won’t be expecting both of his enemies to be aligned against him. That factor will make it nearly impossible for the second part of his plan (defeating Brash and Sassy) to work.