BY Kinsley Goldman on October 24, 2017 | Comments: one comment
Related : Soap Opera, Spoiler, Television, The Young and the Restless 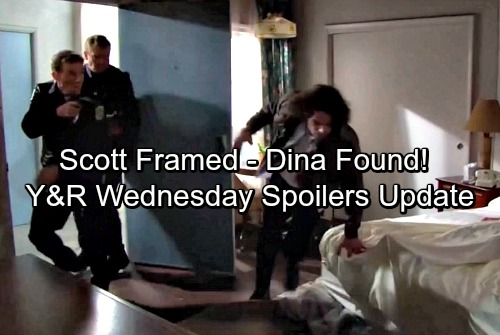 The Young and the Restless (Y&R) spoilers for Wednesday, October 25, tease that Billy (Jason Thompson) will try his best to earn Phyllis’ (Gina Tognoni) forgiveness. At Phyllis’ place, she’ll notice Bill dropping down on her balcony. He’ll approach Phyllis and contend that he put his life on the line out there. Billy will insist that Phyllis means the world to him and he can’t lose her now.

Once Billy makes his heartfelt pitch, Phyllis will soften somewhat. Unfortunately, Victoria will ruin the mood with a phone call. She’ll need Billy to get in touch with her ASAP. The Young and the Restless spoilers state that Billy will head over to the TV studio. Since Victoria won’t be feeling well, Chelsea (Melissa Claire Egan) will help her throughout the day. She’ll hope she can ease the pressure a bit. 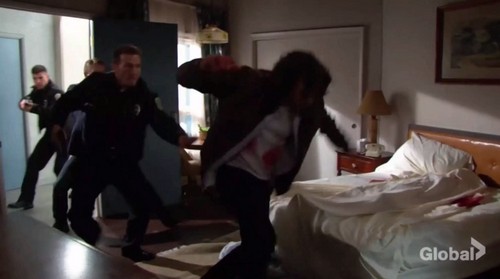 Billy will give Victoria updates on what he learned about Jack’s (Peter Bergman) trap. However, he’ll urge Victoria to just focus on this interview for now. Once Hilary (Mishael Morgan) kicks it off, Victoria will struggle to concentrate. She’ll look dazed as she tries to keep her mind on the questions.

Lily (Christel Khalil) will step up to make sure the interview stays on track, but things will take a shocking turn later. Y&R spoilers say Victoria will collapse in the middle of the studio. Billy will hurry over to Victoria’s side to see if she’s OK. 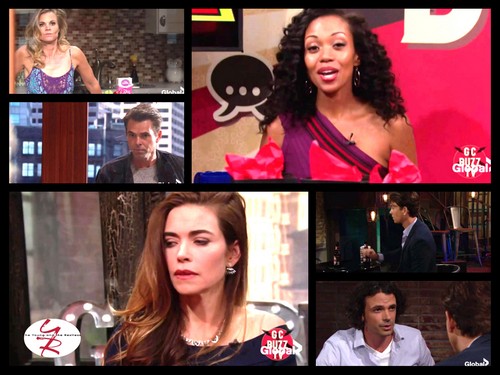 Meanwhile, Jack and Ashley (Eileen Davidson) will fear they’re getting nowhere in their Dina (Marla Adams) search. They’ll both battle some guilt since they couldn’t save her from Graham (Max Shippee). Afterward, Paul (Doug Davidson) will let Ashley and Jack know that Dina’s been located. Graham will still create some obstacles, but at least they’re making progress.

Across town, Zack (Ryan Ashton) will talk Scott (Daniel Hall) into having a few beers with him. He’ll fish for info and learn that Scott has some new leads. When Natalia (Tina Ivlev) appears at The Underground, Scott will mention her involvement in the sex ring. He’ll chase her down to see if he can pry any more details out of her.

Scott will return to Zack, but he’ll eventually excuse himself again to visit the restroom. The Young and the Restless spoilers say Zack will slip a drug in Scott’s beer while he’s gone. Once Zack helps a stumbling Scott outside, a sinister plan will move forward.

Scott will wake up in a motel room with a dead hooker beside him. He’ll be a bloody mess as he tries to figure out what went down. Zack’s setup should leave Scott in hot water! It looks like an arrest could be coming up later this week. We’ll keep you posted as other Y&R news comes in. Stick with the CBS soap and don’t forget to check CDL often for the latest Young and the Restless spoilers, updates and news.