The Young and the Restless Spoilers: Juliet Wins Cane’s Heart After Lily Divorce Move – Hilary Pushes Cane Back To Lily 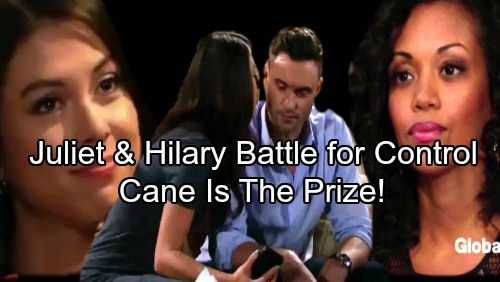 The Young and the Restless (Y&R) spoilers tease that Cane (Daniel Goddard) will deal with some serious heartache. Lily’s (Christel Khalil) decision to end their marriage will leave Cane wondering what to do next. He’ll feel lost and alone, but Hilary (Mishael Morgan) will refuse to admit defeat. She has a lot at stake here and she’s not prepared to let Cane surrender.

Y&R spoilers say Cane will be at his lowest, but Hilary will remind him that love is worth fighting for. Next week, Hilary will give Cane a pep talk in hopes of changing his mind. She’ll insist that Cane can’t walk away from his family like this. Hilary will believe Cane still has a shot at repairing the damage, but Cane won’t be so sure.

Naturally, Juliet (Laur Allen) will do her best to prey on Cane’s doubts. She’ll subtly present herself as an easy alternative. Juliet has made her fair share of mistakes, so these screw-ups are two peas in a pod. She may point out that she won’t judge Cane or force him to jump through hoops. 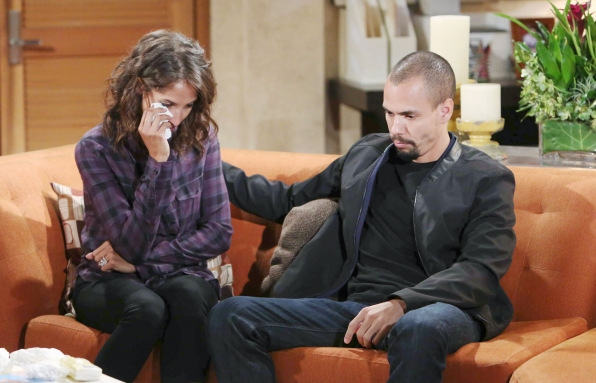 Of course, Juliet can also work the baby angle. Since this could be a high-risk pregnancy, Juliet will have even more of an advantage. Cane will certainly be concerned about Juliet’s health as well as their child’s. However, Juliet is gaining confidence as her baby bump grows. She can tell that her time with Cane just might be coming.

The Young and the Restless say Cane and Juliet will share some close moments as they get ready for their baby. They’ll eventually buy supplies and bond over all the other typical prep work. It’ll be something for Cane to cling to during his crisis.

Still, Cane won’t be able to avoid his sorrow. He’ll inevitably run into Lily around town and that should lead to pain for both of them. It’s clear that Lily loves Cane, so she may be tempted to take him back sooner or later. Juliet will undoubtedly attempt to keep the progress she’s made. It sounds like she’ll have to get sneaky if she wants to pull this off.

The Young and the Restless spoilers hint that Juliet will pull out all the stops in the coming months. She’ll do everything in her power to put Cane under her spell. Her plan could easily involve a few lies and a good dose of sabotage. Juliet will want to eliminate any chance of “Lane” reunion.

Will Juliet make Cane her man? Will she go too far in her pursuit? We’ll give you updates as other Y&R news comes in. Stay tuned to the CBS soap and don’t forget to check CDL often for the latest Young and the Restless spoilers, updates and news.