The Young and the Restless Spoilers: Lily Blames Hilary for Devon’s Life-threatening Crash – Victor Gets the Scoop on Reed 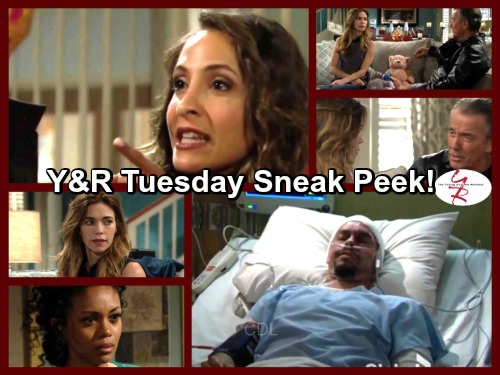 The Young and the Restless (Y&R) spoilers for Tuesday, January 3, tease that Victor (Eric Braeden) will get some puzzling news. He’ll find out that Reed (Tristan Lake Leabu) showed up on Victoria’s (Amelia Heinle) doorstep. Victor will confront Victoria about her son’s unexpected arrival. He’ll try to figure out what’s going on.

Victoria will explain that Reed isn’t interested in moving to Warsaw with his father. He’s begging to live with Victoria in Genoa City, so she intends on letting him. Victoria will undoubtedly feel like she’s in over her head.

JT (Thad Luckinbill) has been taking care of Reed for quite some time. Victoria will soon learn that she doesn’t know this teen very well. Fortunately, they’ll have an opportunity to catch up now. Reed will be happy that Victoria caved, but you can bet that more drama is in the works.

Other Young and the Restless spoilers say Lily (Christel Khalil) will be an emotional mess. When she gets updates on Devon’s (Bryton James) car accident, she’ll fear for his life. Once Lily works through her initial panic, she’ll be filled with rage. She’ll blame Hilary (Mishael Morgan) for putting Devon in this situation. 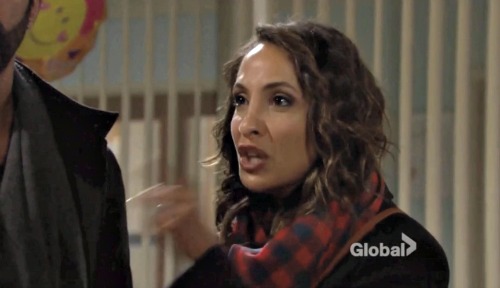 Tuesday’s Y&R preview video shows Lily shouting, “It’s because of you that he was in that car! If he doesn’t make it through, it’s on you!” Hilary might offer some form of a defense, but she feels responsible deep down. Her lies indirectly led to this horrific crash.

Devon will survive his surgery, but he won’t be out of the woods yet. Hilary will eventually sit by Devon’s bedside and urge him to fight. She’ll beg her husband to recover so they can put their marriage back together. Hilary would do anything for another shot at happiness with her husband. 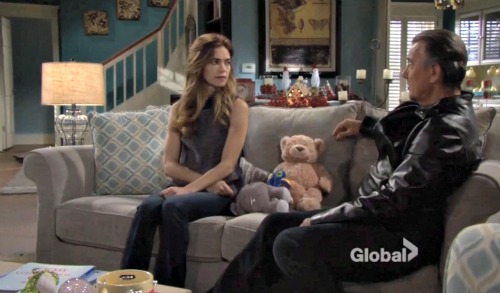 Hilary can’t bear the thought of leaving things as they were. She’ll probably vow to change if Devon will just get better. The Young and the Restless spoilers hint that Hilary will have a chance to prove herself. Will she really be able to stay on the right path? Let’s hope so! Hilary and Devon’s marriage depends on it.

It sounds like some intense scenes are on the way. Are you hoping Hilary can find redemption? Will Devon forgive Hilary for the choices she’s made? We’ll keep you posted as other details emerge. Stick with Y&R and don’t forget to check CDL often for the latest Young and the Restless spoilers, updates and news.  Come and join in the LIVE discussion on our Facebook Page!