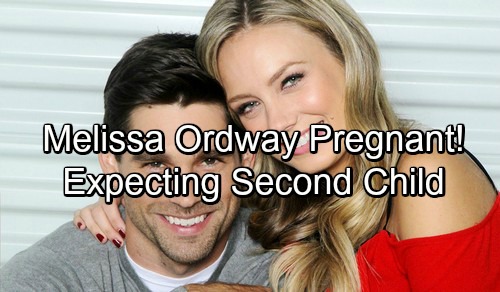 The news comes as a surprise for many of Melissa and Justin’s fans, as the couple adopted their first child. Their 14-month-old daughter Olivia was born after the couple married in a lavish ceremony in Atlanta back in 2012.

The couple released a statement to the publication that says, “Justin and I are thrilled about the arrival of Baby Gaston number two. Our daughter Olivia is the joy and light of our lives and we cannot wait to see her become a big sister.” 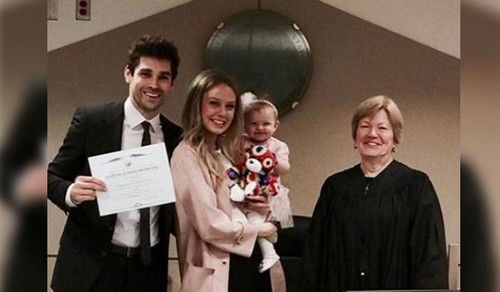 The actress also added that she and Justin feel “so blessed” over the pregnancy. Many fans love Melissa as Abby Newman on The Young and the Restless. She’s been on the show since March of 2013.
Melissa also revealed that her due date is in January.

Although she hasn’t mentioned whether or not The Young and the Restless producers plan on writing her pregnancy into her character Abby’s storyline. Of course, fans of the show will just have to wait and see what happens next. Her fans are looking forward to seeing many baby bump photos and pregnancy updates in the coming months.

In the meantime, don’t forget to check back with CDL for all the latest news and updates on Melissa Ordway’s pregnancy along with The Young and the Restless spoilers right here.