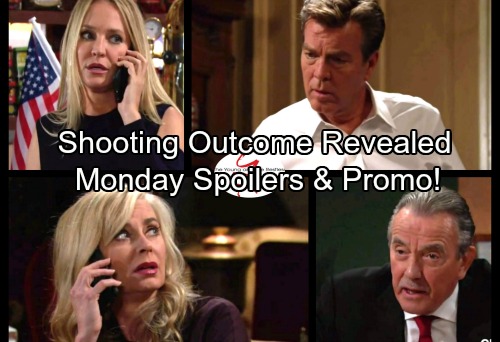 The Young and the Restless (Y&R) spoilers for Monday, November 20, tease that Victor (Eric Braeden) will grow increasingly agitated over the Newman crisis. It appears Neil (Kristoff St. John) will urge Victor to face the facts. He won’t want to sugarcoat the situation for a guy like Vic.

Thanks to Zack (Ryan Ashton), Newman is under intense suspicion. It could take a long time to clear this mess up and earn the public’s trust again. They’ll have to rebuild the company’s reputation. Victor just won’t accept that. He’ll shout that he doesn’t want it to take a long time. 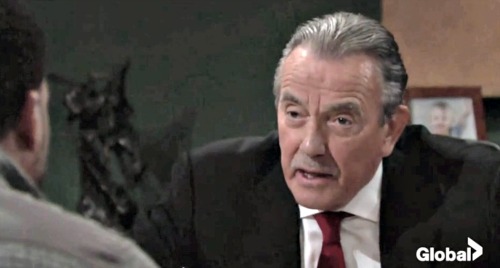 Victor will slap his hand down on his desk as he gets worked up. He’ll insist that Neil needs to deal with this and put it away. Neil will encourage Victor to calm down and focus on the tasks in front of him. He’ll promise to do everything he can to make sure Newman gets back on top.

Other Young and the Restless spoilers say Paul (Doug Davidson) will have some frightening news for Sharon (Sharon Case). He’ll call her up and suggest that she needs to get to his office right now. Sharon will look terrified as she awaits updates. Her mind will immediately jump to the worst-case scenario. 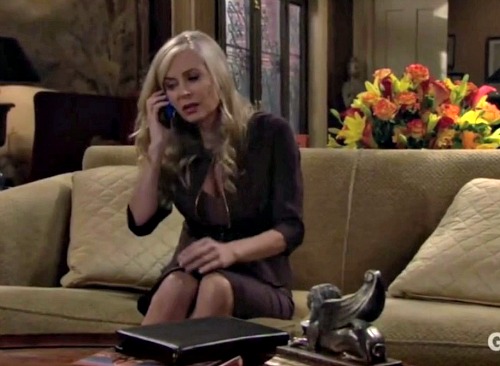 Across town, Ashley (Eileen Davidson) will get the same phone call. Paul will want her to head over to the police station ASAP. Jack (Peter Bergman) will look fearful as he stands nearby. Everyone is on edge since Scott (Daniel Hall) and Abby (Melissa Ordway) are still missing.

Once Paul has gathered the people involved in this, he’ll make an announcement. Meanwhile, we’ll see the outcome of Zack’s faceoff with Scott and Abby. In Friday’s Y&R episode, Zack flies off the handle and is ready to commit murder. He snarls that Abby and Zack are going to get what they deserve. 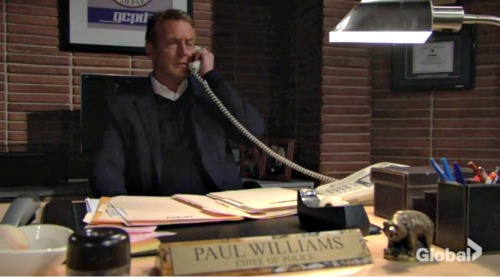 However, Abby will be alive and well for the Abbotts’ Thanksgiving get-together. She won’t be in the hospital, so it seems we can rule her out as a shooting victim. Scott’s still a possibility, but there’s also a chance that Zack lost control in the chaos. If there was a struggle for the gun, it may have fired straight into Zack’s chest.