BY Sean O'Brien on November 16, 2017 | Comments: one comment
Related : Soap Opera, Spoiler, Television, The Young and the Restless 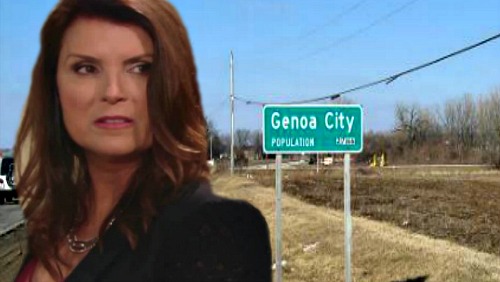 The Young and the Restless spoilers tease that Sheila Carter (Kimberlin Brown) may be headed back to Genoa City. One of, if not the most infamous villains in Y&R’s history would set the town aflame if she is on her way home. A review of what’s known at this time is in order.

Eric Forrester (John McCook) was the Y&R character used in the late-1980’s to launch The Bold and the Beautiful. Y&R’s successful spinoff has been going strong since 1987. So it would be fitting if Eric’s recent interactions with Sheila were used to sling Brown’s character back to the setting where she debuted in 1990.

Quinn (Rena Sofer) and Eric were rehashing their recent dealings with Sheila at the Forrester estate. Mrs. Forrester asked her husband how Sheila had the money to pay Mateo (Francisco San Martin). Eric said that Sheila told him she had property to sell in GC.

B&B fans didn’t recall Sheila making that statement. Devoted Y&R fans would have to guess what Sheila’s supposed property was. However, if this dialogue was intended to tease a crossover, then Sheila appears headed back to Y&R. 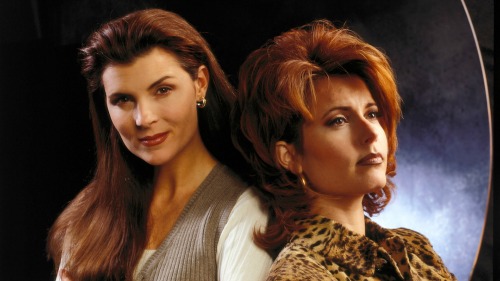 Within two years of Sheila’s debut in GC (1990) she was off to Los Angeles (1992, where her obsession with Eric took root. Subsequent writing shuttles took Sheila back and forth from California to Wisconsin through 2006 (on B&B) and 2007 (on Y&R), when Michelle Stafford played a dual role. Stafford’s main character at that time was Phyllis.

Sheila was believed to have been killed by Lauren (Tracey Bregman) a decade ago. But that perception was speared in June.

Shocking is a word that can be overused by this scribe as various soapy issues are analyzed. However, Brown’s unannounced return to B&B as Sheila this June was actually the most shocking daytime moment in many years.

How could this character possibly be alive? Early dialogue allowed Sheila to claim that questions about her identity were misguided. No further details were ever offered about Y&R’s highly controversial decision which had Stafford become Sheila after Brown departed in 2006.

Actually, Sheila’s explanation and her reappearance on B&B felt like a wink toward hardcore fans of this character and a poke in the eye to those who didn’t want her back. The suspension of disbelief scenario was strongly invoked in this instance, just as it had been on other soaps when apparently dead villains were also resurrected.

One unaddressed B&B plot point must be confronted that plays into Sheila’s potential return to Y&R. Eric and Lauren have remained good friends through the decades. He flew into GC within the last year to help her successfully bluff Jack (Peter Bergman) during the Jabot-Fenmore’s partnership negotiations.

So why didn’t Eric phone Lauren the moment he first became aware of Sheila being alive in June? And why hasn’t he mentioned this to Lauren ever since? Y&R fans know that Lauren hasn’t referenced the issue, which means that she wasn’t made aware of her archenemy’s seeming return from the dead. Come on!

Having to swallow that, Y&R fans now know that Lauren won’t be ready for Sheila’s next assault. Oh Eric, how will you be able to forgive yourself when that happens?