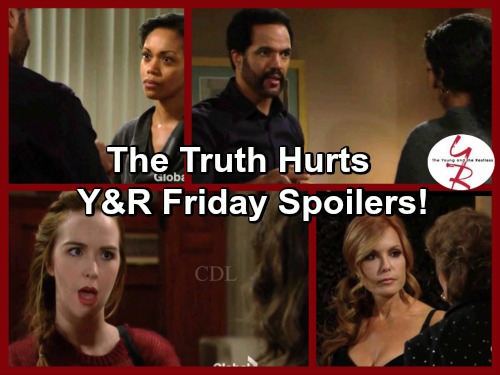 The Young and the Restless (Y&R) spoilers for Friday, January 6, tease that Gloria (Judith Chapman) will confront Lauren (Tracey E. Bregman) about the financial state of Fenmore’s. Gloria just took a peek at Lauren’s laptop and made a startling discovery. She now knows just how much trouble Fenmore’s is facing.

Gloria will decide she wants some answers from Lauren. She’ll wonder how long this has been going on. Gloria will ask if anyone else knows the truth. She’ll be particularly curious to find out if Michael (Christian LeBlanc) is in the loop. 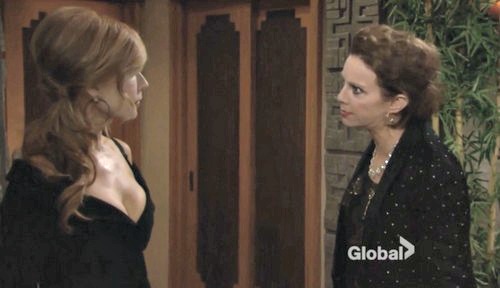 Lauren will explain that she was hoping to turn things around on her own. She hated the idea of looking like a failure in Michael’s eyes. Lauren blames herself for letting Fenmore’s sink so low. She’ll want to keep this quiet, but that’s obviously going to be difficult now.

The Young and the Restless spoilers say Gloria will manage to exploit this secret. It’s not clear what she has in mind, but Lauren is going to face plenty of pressure. She’ll eventually realize she needs to come clean to her husband. Michael is in for quite a shock pretty soon. 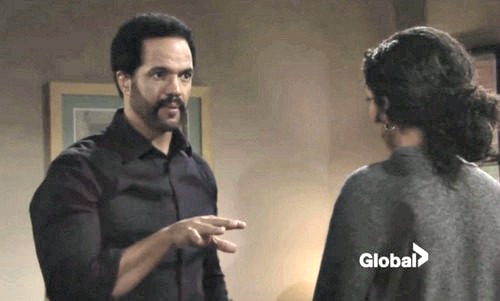 Still, Neil won’t think Hilary should get too comfortable with her lies. He’ll insist that she’s not going to get away with any of this. Hilary will undoubtedly argue that this is her shot at a clean slate. She just wants to move forward, but Neil may make that tough. 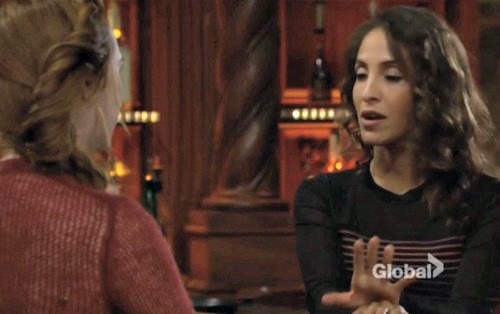 Lily (Christel Khalil) doesn’t believe Hilary should get off scot-free either. That means Mariah’s (Camryn Grimes) role in the debacle could come out as well. Lily will give Mariah updates in Friday’s Y&R episode. She’ll note that Devon is awake and happy, but he can’t recall any of the gala drama.

Mariah hoped to expose the real Hilary that night, but she’s probably changed her mind by now. Devon could’ve died and Mariah must feel partially responsible. Nevertheless, there’s a good chance everything will come rushing back for Devon at some point. 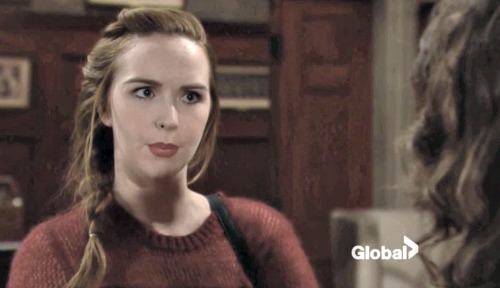 Will Devon forgive Hilary when he inevitably remembers her shady actions? We’ll keep you posted as other Young and the Restless news comes in. Stay tuned to Y&R and don’t forget to check CDL often for the latest Young and the Restless spoilers, updates and news. Come and join in the LIVE discussion on our Facebook Page!