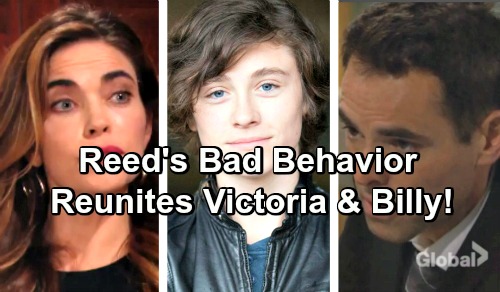 The Young and the Restless (Y&R) spoilers tease that Victoria (Amelia Heinle) could run into some major trouble with Reed (Tristan Lake Leabu). He’s excited to be living with his mom in Genoa City, but JT (Thad Luckinbill) pointed out that he’s certainly no angel. Reed didn’t want to move to Warsaw with his dad, but the alternative may not be what he had in mind either.

What happens if Victoria makes rules that Reed isn’t a fan of? He could easily flip the switch and show his true teen colors. The Young and the Restless has a history of showing teenagers engaging in dangerous behavior. Reed might become the next character to put himself in harm’s way. 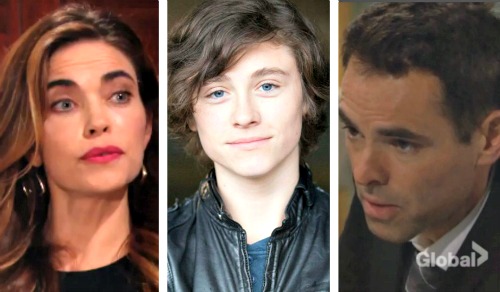 Let’s say Reed falls in with the wrong crowd at school or acts out because he can’t seem to fit in. Reed might get injured or at least be at risk of expulsion. Victoria would undoubtedly wonder if she did the right thing by taking Reed in. She may feel like JT would’ve been a better parent.

That’s when Billy (Jason Thompson) could step up. He’s already starting to establish a nice rapport with Reed. That will surely come in handy down the road. It’s not difficult to imagine Billy and Reed having a man-to-man talk about the problem. He could help the teen understand how much his potentially concerning behavior is hurting Victoria.

Even if Reed isn’t all that wild, he could still cause issues that would hinder his connection with his mother. Billy could try to nudge their bond along. Victoria would be grateful and it would bring them all closer.

Of course, Reed could give Victoria a few scares before we get to the warm fuzzies. Since Reed enjoys music so much, maybe he could sneak out for a concert and leave Victoria worried sick. Reed might even do something illegal. That would definitely spark the aforementioned chat with Billy.

Whatever the case, it appears Reed could help Billy and Victoria’s relationship solidify. The stability should be good for all of them. Y&R spoilers indicate that “Villy” is going to be a strong, lasting couple. Look for them to ride the waves and really make it work.