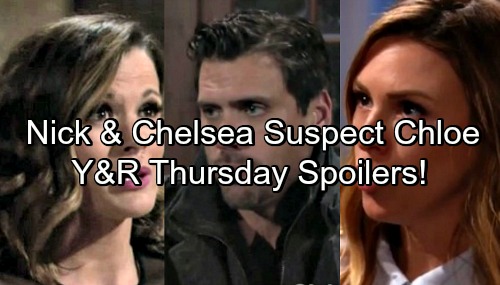 The Young and the Restless spoilers for the new Y&R episode Thursday, March 23, tease that Nick (Joshua Morrow) will share his suspicions with Nikki (Melody Thomas Scott). After a chat with Scott (Daniel Hall) on the Wednesday, March 22 episode, Nick will realize that Chloe (Elizabeth Hendrickson) may have some buried secrets. He’ll determine that he needs to get to the bottom of this if he can.

Nick will talk to Nikki about Adam’s (Justin Hartley) demise. He’ll admit he’s starting to think there’s more to the story. Nikki will be taken aback by what Nick is suggesting. She’ll ask what caused the explosion if it wasn’t a fluke. Nick may point out that someone could’ve triggered it. Perhaps someone with a serious grudge… 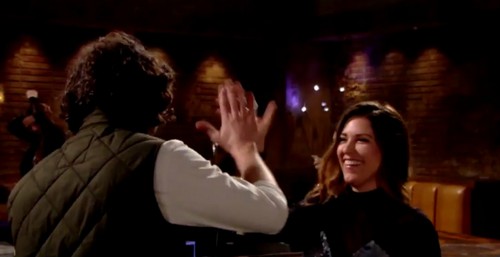 Chloe said she made a move that turned her life around six months ago. Nick might believe there’s a connection between Chloe and Adam’s death. Will Nick keep digging until he finds the truth? Y&R fans will be anxious to see the twists and turns ahead.

In the meantime, Chloe will be on edge during a confrontation with Chelsea (Melissa Claire Egan). She’ll insist that Chelsea needs to give Nick (Joshua Morrow) his check back. Chelsea won’t understand why Chloe is getting all bent out of shape. She’ll wonder if Chloe suddenly has a problem with Nick and his generosity. 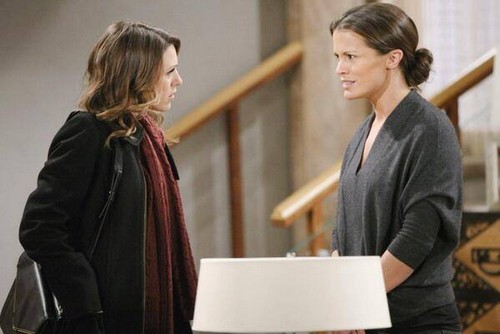 The Young and the Restless spoilers say Chloe will contend that this is about Adam. She’ll argue that he’s connected to that money, so Chelsea can’t keep it. Chloe is obviously stirring up more trouble for herself. Chelsea won’t get why this is such a big issue. She may feel like Chloe has something to hide.

You can bet that Chloe will try to downplay her bizarre behavior after she takes things too far. By then, the damage will already be done. Red flags are going up all over the place. Elizabeth Hendrickson has been taken off contract, so it seems the show is going to tie up some loose ends. 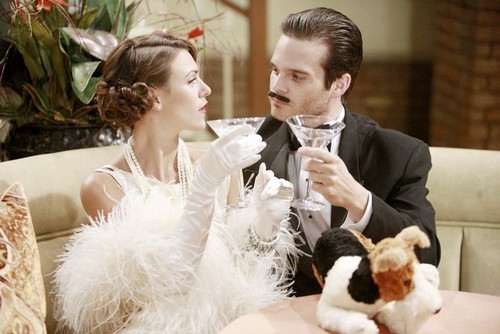 The Young and the Restless spoilers state that Kevin (Greg Rikaart) will tell Michael (Christian LeBlanc) about his proposal plans. Kevin will hope to surprise Chloe by popping the question soon. Chloe will eventually accept this offer of marriage, but there’s no guarantee she’ll get the chance to say “I do.”

It sounds like some hot drama is brewing. We’ll give you updates as other news comes in. Stay tuned to Y&R and don’t forget to check CDL often for the latest Young and the Restless spoilers, updates and news. Please come and join in the LIVE discussion on our Facebook Page!