The Young and the Restless Spoilers: Nikki’s Pride Destroyed As GC Buzz Airs Newman Scandal – Are Victor and Nikki Truly Over?

BY Cristie Geroux on July 21, 2017 | Comments: one comment
Related : Reality TV, Soap Opera, Spoiler, Television, The Young and the Restless 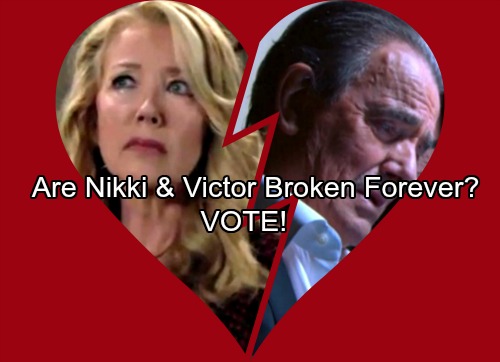 The Young and the Restless (Y&R) spoilers reveal Nikki Newman (Melody Thomas Scott) has been locking lips with Jack Abbott (Peter Bergman) in recent days, even getting caught by Jack’s niece and her stepdaughter, Abby Newman (Melissa Ordway). Do these intimate moments mean Nikki is done with her long-time love, Victor Newman (Eric Braeden) and the beloved soap star supercouple are truly over?

Y&R’s Victor Newman had been labeled “unredeemable” by his children, Nick Newman (Joshua Morrow) and Victoria Newman (Amelia Heinle) and his wife Nikki after they discovered his role in bringing back Chloe Mitchell (Elizabeth Hendrickson) back to town to frame his son and black sheep of the family, Adam Newman (Justin Hartley). Because bringing Chloe to town was Victor’s doing, the end result of Adam dying in an explosion after Chloe abducted him is very much The Moustache’s fault.

The Young and the Restless spoilers tease that Nikki wants to continue with the ruse that her marriage with Victor is solid and doesn’t want to tarnish the Newman name. So for that reason only she has been keeping up appearances but although the charity concert looked like a huge success to the world it shattered her family in ways she never thought possible. 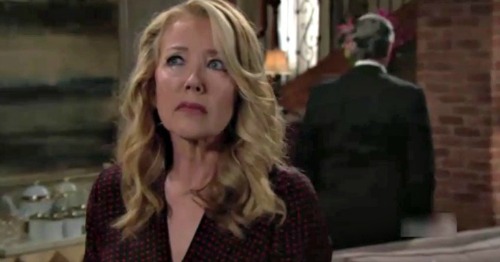 Nick attempting to sabotage the concert so Nikki didn’t have to perform was underhanded and something his father would do -proving that Nick and Victor aren’t so different. Nikki reprimanded Nick for doing something so reckless but when Victor learned of his son’s deception, he angrily confronted him and physically assaulted him – which unfortunately for Victor and Nikki is caught on camera.

The Young and the Restless spoilers reveal Nikki’s plans to keep the Newman name will be tarnished forever now that Hilary has the video of Nick being punched by his father and Victor announcing that he disowns his son. On Monday’s new Y&R episode the video ends up shown on GC Buzz, the cat is out of the bag and Nikki will no longer need to keep up appearances. Is this the final straw for the estranged couple?